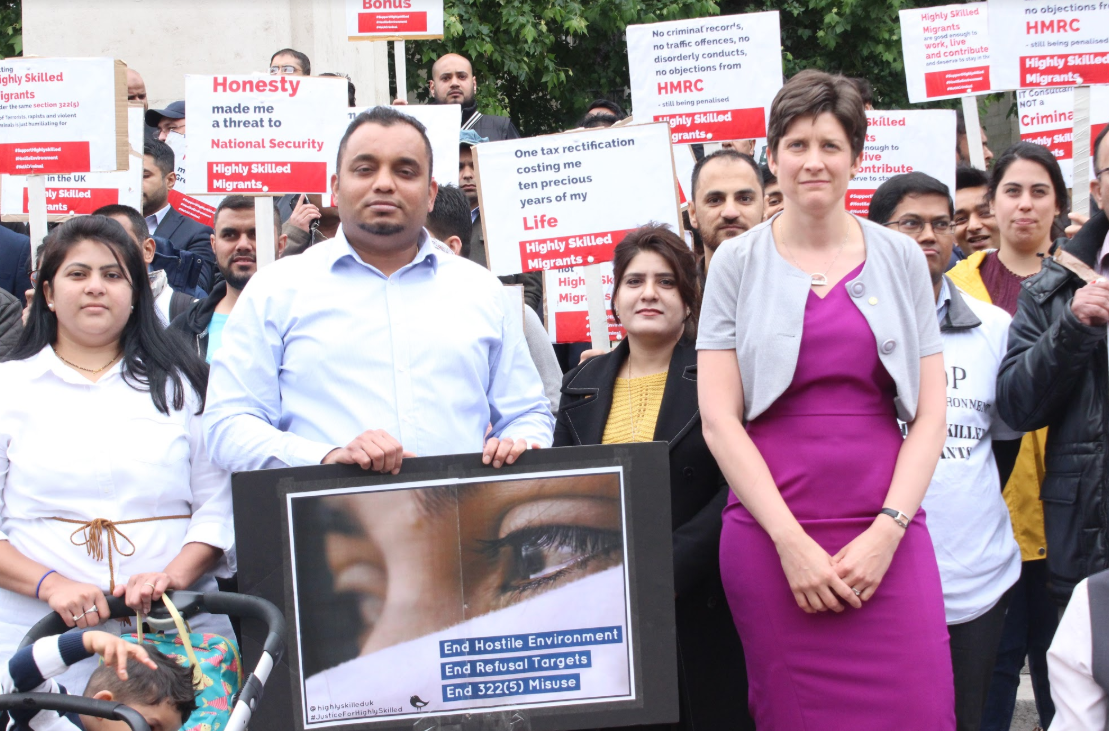 MP for Glasgow Central, Alison Thewliss, has poured scorn on the Home Office and their treatment of highly skilled migrants during a Westminster Hall debate on Wednesday.

There is growing evidence that the Home Office has been pursuing a number of migrants for removal from the UK, as a result of errors made on their tax returns and income declarations. A majority of those affected travelled to the UK under the now obsolete Tier 1 (General) route; many are skilled professionals and others business owners.

In May, the Home Secretary, Sajid Javid, wrote to the Home Affairs Select Committee detailing that all applications falling for refusal under the character and conduct guidance of the Immigration Rules would be put on hold pending the findings of an internal review. Evidence from the Highly Skilled Migrants campaign group suggests however that decisions are still being made.

“The response from the Minister today fell way short of what was required, and will give little hope to the many hundreds of people across the UK who are left with the unenviable task of trying to clear their names and rebuild their lives in light of this Home Office malevolence. I am utterly appalled by the Minister’s lack of compassion and knowledge of this issue.

“It’s blatantly clear to me, and to scores of other MPs, lawyers and campaigners that the Home Office has made a calculated decision to pursue people in this way, using 322(5) rules in an attempt to legitimise their actions. Policies like this have no place in modern society. Indeed, this scandal is akin to Windrush part two.

“What is particularly striking about the actions of the Home Office is that they seem to be out of step with other government departments. HMRC, for example, have said in a number of cases that individuals who have corrected their tax information have done the right thing. Similarly, a Treasury Minister confirmed recently that they would encourage people to continue to correct their returns as and when they notice an error.

“It is incumbent on the UK Government to get their house in order here. The immigration system is clearly broken, and it’s innocent people like those we heard about in the debate who are bearing the brunt. I urge the Home Office to act now, and retract this vile policy”.

The letter from the Home Secretary to the Chair of the Home Affairs Select Committee can be accessed here – https://tinyurl.com/y9kxtgpg