On 23rd June, we’ll go to the polls to answer a simple question: “Should the United Kingdom remain a member of the European Union or leave the European Union?”. This is a serious decision, with profoundly significant consequences, therefore we need to get it right.

Too much of the EU referendum debate has been distant, male dominated and, in so many cases, focused solely on the internal politics of the Conservative Party.

In the course of speaking to constituents, I’ve been challenged – quite rightly – by genuinely undecided voters to explain why people in Glasgow should vote to remain in the European Union.
The Scottish independence referendum debate was conducted at a grassroots level and in doing so, ignited passionate debate in local communities, yet too much of this debate has been so far removed from people’s day to day lives. We risk sleepwalking our way into leaving the European Union if the respective Remain and Leave campaigns continue to focus their on distant, hyperbolic arguments which bear no relation to people and the communities they live in. 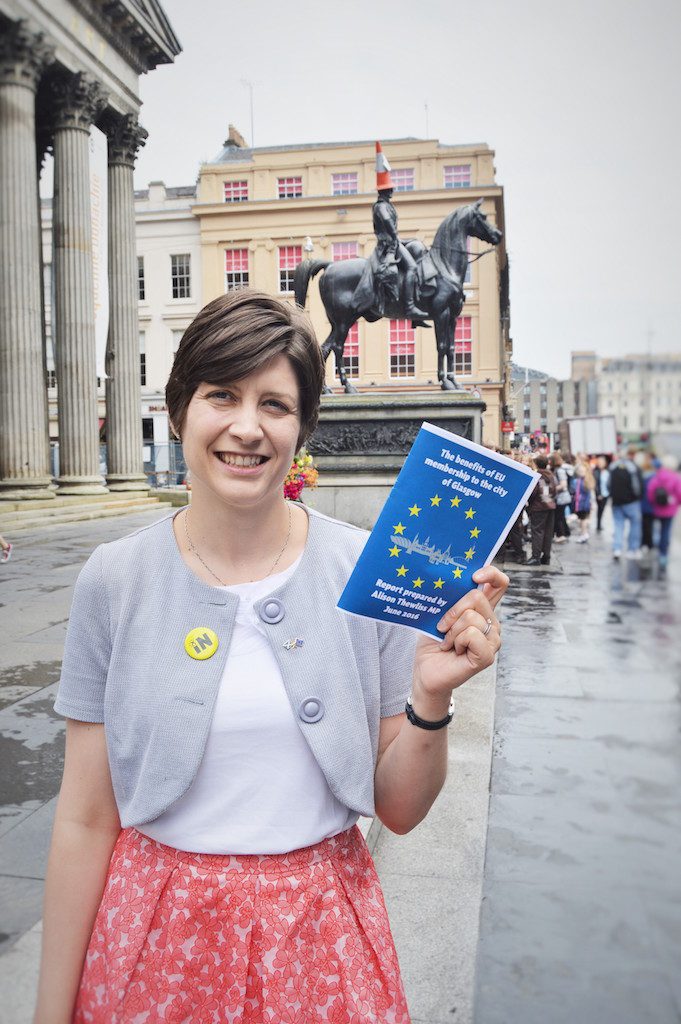 I’ve produced a short report, The benefits of EU membership to the city of Glasgow, which seeks to encourage Glaswegians to reflect on what the UK, and Scotland’s, membership of the European Union means but not just at a national level – also here in Glasgow too. Europe is not perfect – far from it. It still needs major reform and the Scottish Government has made that crystal clear. However, walking away from the table now just doesn’t make sense when we’ve achieved so much.

In this report, you’ll get a flavour of what Glasgow has gained from our European Union membership and how it’s helped develop and cultivate our image as a modern, vibrant European city which attracts hundreds of thousands of European tourists every year. So I hope that when you answer that question on your ballot paper on 23rd June, you’ll feel better informed as to why our city benefits from remaining in the European Union.

Download the report here (contact our office on 0141 552 7117 or alison.thewliss.mp@parliament.uk if you would like to receive the document in an alternative accessible format e.g. audio, large print etc).

**CORRECTION – 17th June 2016 – in the previous version of this report it was erroneously indicated that £100 million of European Investment Bank funding was given to Glasgow Clyde College. Instead it was City of Glasgow College who benefited from £100 million of European Investment Bank funding. This has been corrected in the report.** 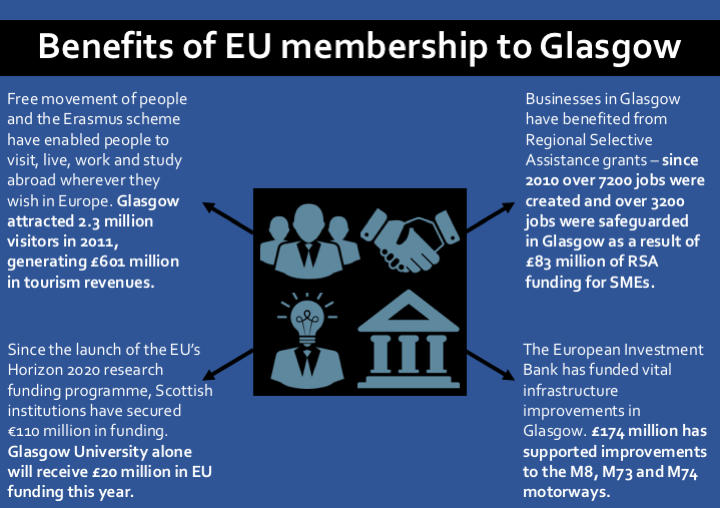