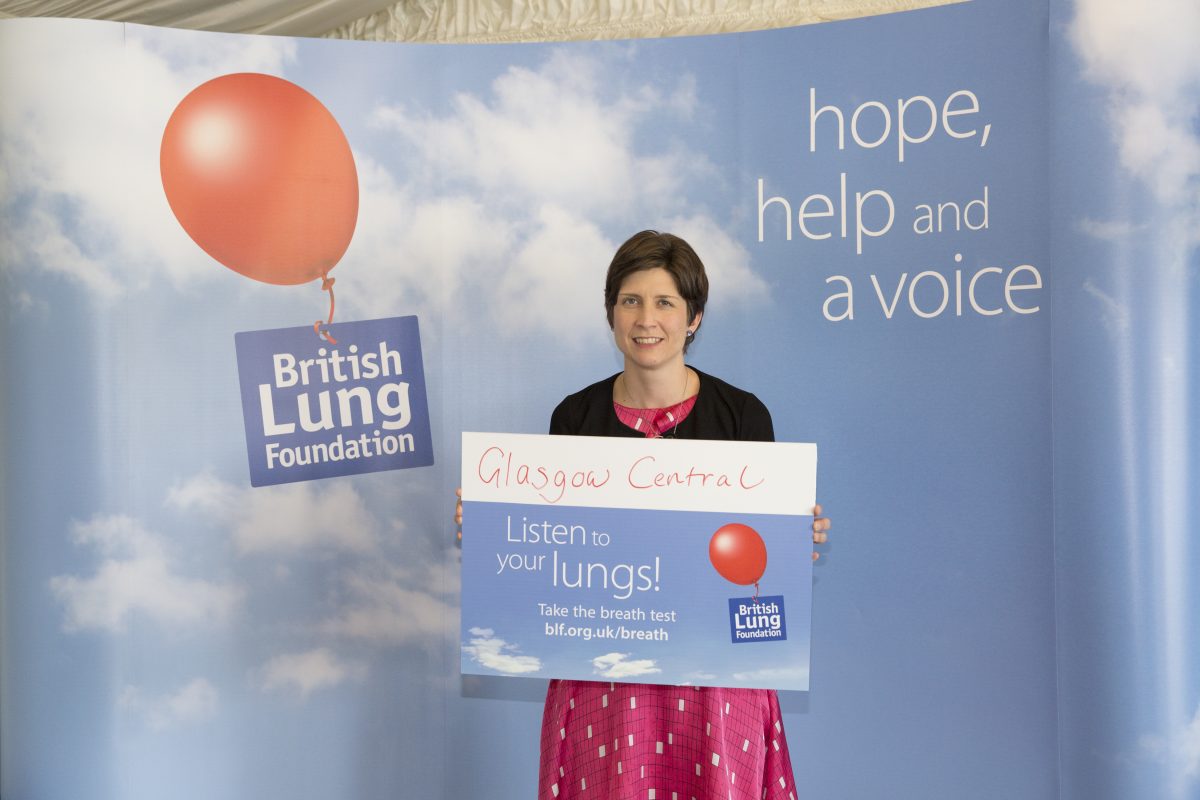 Alison Thewliss, MP for Glasgow Central, has pledged her support for the British Lung Foundation’s lung health awareness campaign by taking their online ‘breath test’ at the Houses of Parliament and encouraging others to do the same.

The charity’s UK-wide campaign aims to raise awareness that feeling out of breath doing everyday tasks could be a sign of lung disease. They encourage anyone who feels breathless take their online breath test.

The test allows people to check their health through a 10 simple questions, based around the Medical Research Council breathlessness scale. The aim is to reassure people who don’t have a problem and guide those with significant breathlessness to make an appointment with their GP.

At the British Lung Foundation’s summer reception, MPs and Peers had a chance to find out more about lung disease and try the ‘breath test’ themselves on iPads.

“Completing the BLF’s online ‘breath test’ is a really easy way of checking your lung health. I’d encourage everyone to try it. It’ll either give you peace of mind or start you on a path to helping you manage your breathlessness.

“If you’re even slightly worried a loved one has been feeling increasingly short of breath – please make sure they take the test.”

“Our reception in Westminster gave us the opportunity to throw the spotlight on breathlessness, which can be sign of lung disease. Fewer than half of us would be concerned at feeling short of breath doing daily tasks. Often people put it down to age or fitness, and don’t seek advice from their GP.

“There are thousands of people in Glasgow with a lung condition, but not everyone’s aware they have one. It’s great to have support from Alison Thewliss MP in encouraging people to ‘Listen to their lungs’ if they feel breathless. Together we can ensure that those people who are suffering with an undiagnosed lung condition seek help and get the support they need. With treatment, people can live longer, healthier lives.”

Over 250,000 people have taken the test since it was launched last year. Over 70% of people who have taken the test have had medically concerning levels of breathlessness.
The BLF’s Listen to your lungs campaign complements the Scottish Government’s national Detect Cancer Early campaign, which aims to increase the proportion of people who are diagnosed in the early stages of breast, bowel and lung cancer. To take the test visit: www.blf.org.uk/breathtest