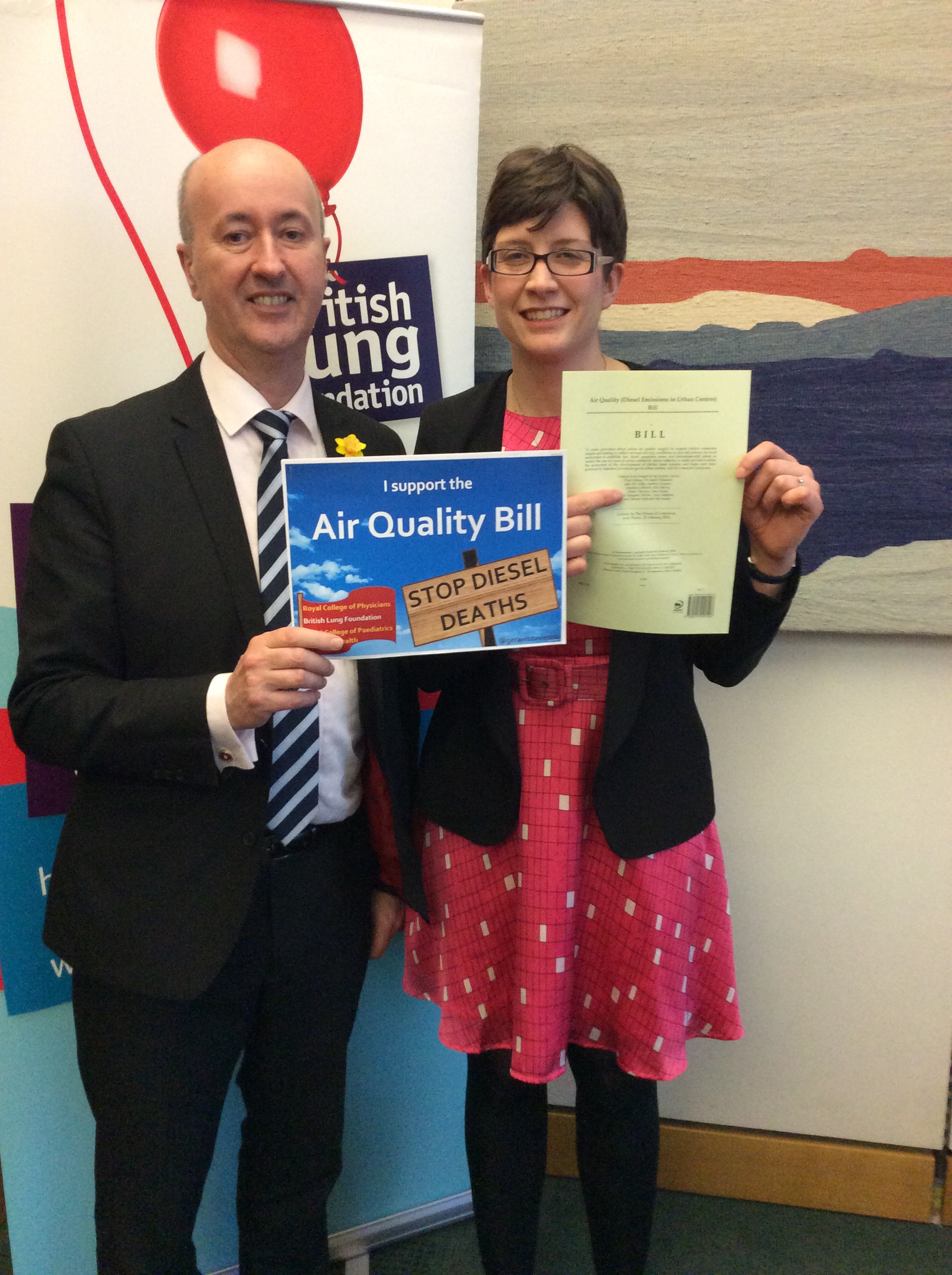 Alison Thewliss MP is supporting the Air Quality Bill, published yesterday with the support of the British Lung Foundation, Royal College of Physicians and Royal College of Paediatrics and Child Health. The Bill, presented by Geraint Davies MP, follows a report from the Royal Colleges that diesel fumes cause 40,000 premature deaths every year from lung cancer, strokes and heart disease. Diesel fumes also lead to underdevelopment in children and impact on foetuses, among other health effects.

The Environment Agency would be able to step in when a pollution cloud has hit an area, so that windows, doors and even roads can be closed, and if necessary local people evacuated until it is safe to return.

Alison Thewliss MP said, “Diesel pollution causes 40,000 deaths a year, and costs £20bn according to the Royal College of Physicians. That is why I am supporting the Air Quality Bill, published today, which aims to save thousands of lives and billions of pounds. This is achieved through effective emissions testing, following the Volkswagen emissions scandal and promoting greener transport systems and vehicles.

“Local residents in Glasgow are rightly concerned about their children coughing and wheezing, especially if children are already asthmatic. We now know that these health effects, and indeed thousands of deaths, are caused by toxic diesel fumes, which is why I am keen to support this important Bill.”

Geraint Davies MP, who published the Bill, said “Our cities are pumping out diesel clouds which threaten the lives of families, in particular young children and unborn babies. The Bill will ensure reliable vehicle emissions testing, new powers for councils to clean up local air, and a focus in the Budget on sustainable transport. This will help save thousands of lives and billions of pounds lost to diesel pollution.”