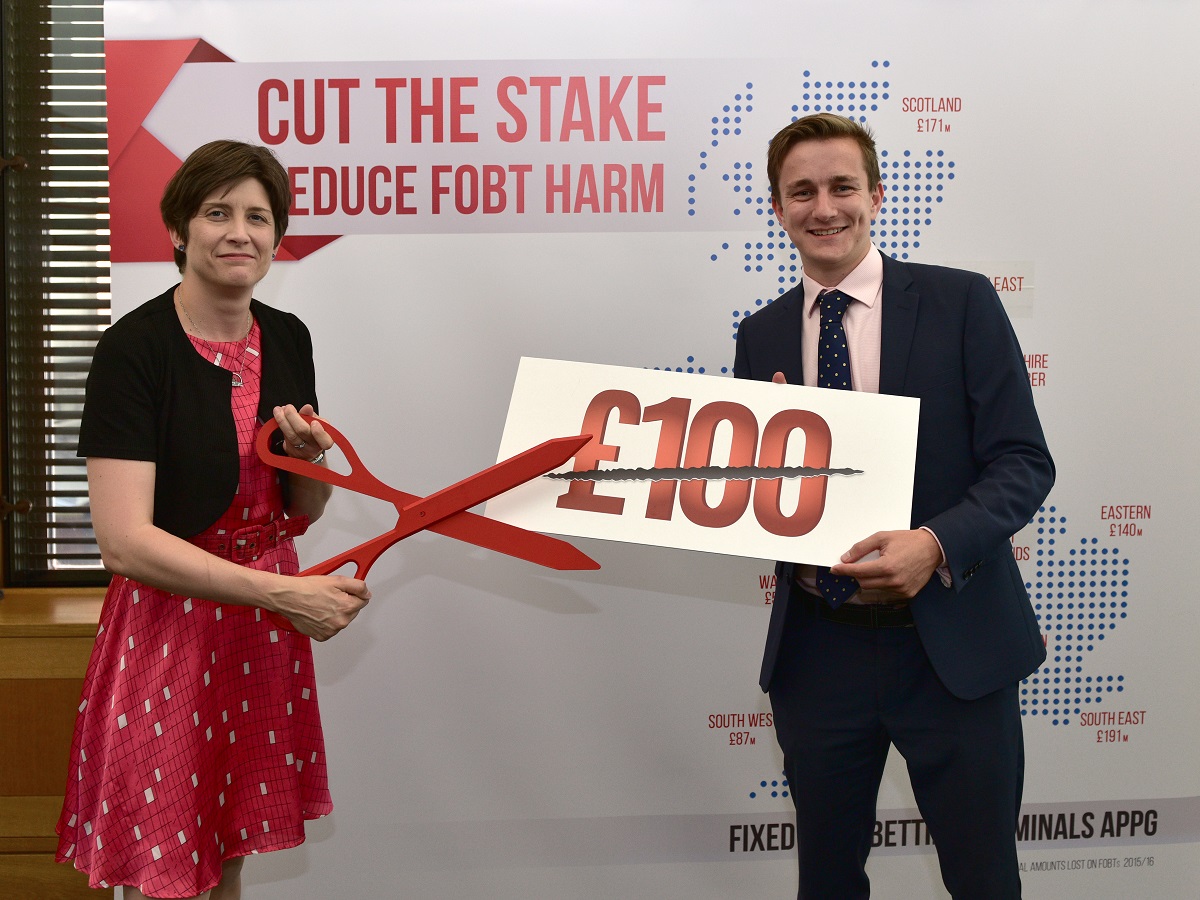 FOBTs allow punters to stake £100 every 20 seconds on electronic versions of casino games such as roulette, but in a low supervision high street bookie environment. Political concern and controversy has been growing about the highly addictive nature of the machines, with one campaign group even calling them the ‘crack cocaine’ of gambling.

The cross party group of MPs and Peers, published its report in January 2017, assessing the impact of FOBTs, and called for a substantial reduction in the maximum stake playable, stating that there was a strong case for this to be no more than £2.

The campaign has secured the widespread support with 93 local authorities, the Royal Society for Public Health and politicians from all parties supporting the campaign.

Lending her support to the campaign for a stake reduction, Alison Thewliss MP said:

“The case for action on FOBTs is clear and I urge the Government to act now and cut the stake. There is no excuse for the continued misery these machines are causing. The problems associated with them are obvious, and it is really not acceptable to be able to walk in off the street and stake such a high amount with no checks or safeguards in place whatsoever.

“I am extremely concerned to hear that £10,303,128 was lost to FOBTs in Glasgow Central. We cannot go on with this situation. I urge the Government to bring forward their proposals, and to cut the maximum stake on FOBTs to £2 without further delay.

The Government is currently considering responses from the Call for Evidence into Gaming Machines and Social Responsibility launched in October 2016. The Department for Culture, Media and Sport is expected to publish the next stage of the Review, with its proposals, in October 2017.

The FOBT APPG is chaired by Carolyn Harris MP and is supported by groups including Bacta, The Hippodrome Casino, Novomatic, Praesepe and the Royal Society for Public Health.