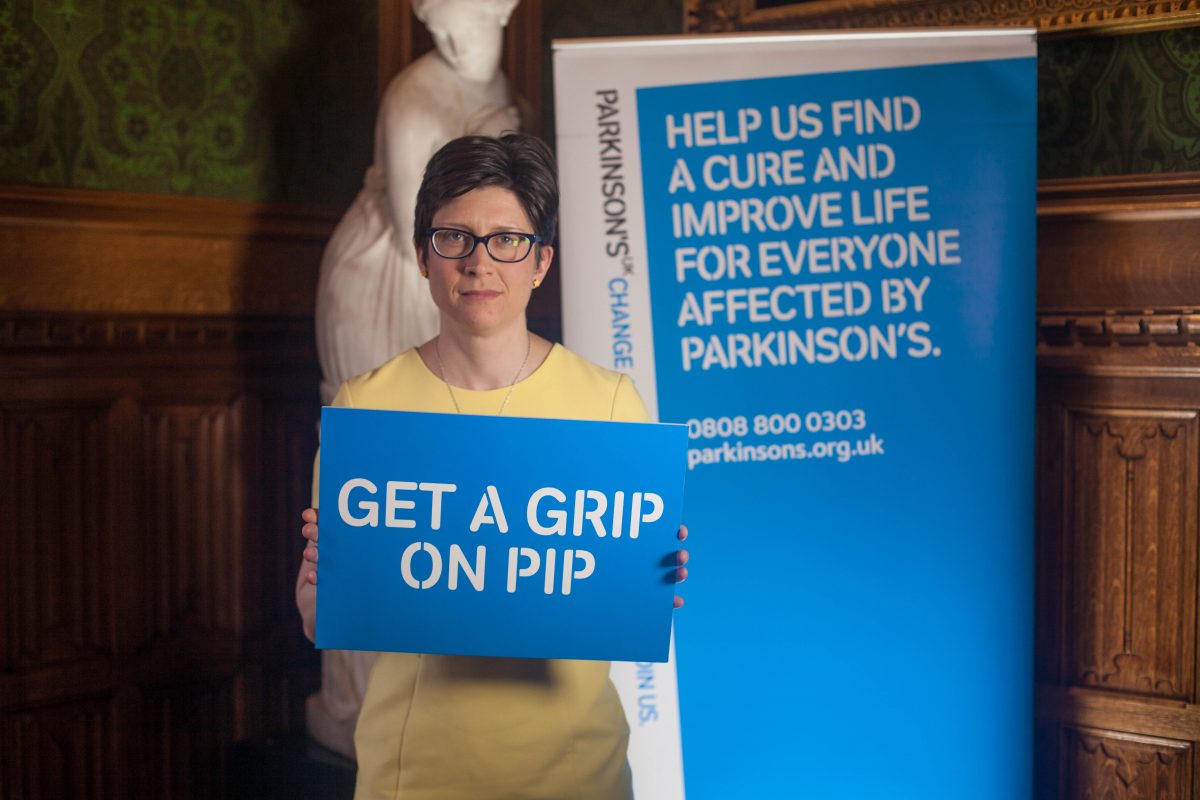 At the parliamentary reception in Westminster on Tuesday 5 December, Alison Thewliss MP met with representatives from the charity and people affected by Parkinson’s to hear about the charity’s ambitions to end the fear associated with a diagnosis of Parkinson’s disease.

Ms Thewliss talked to staff and volunteers about the strides that have been made in understanding the condition since James Parkinson’s Essay on the Shaking Palsy in 1817. She heard about the work that is still to be done to stop the disease in its tracks, as there is no cure for Parkinson’s and current medication can’t stop the condition from progressing.

Ms Thewliss heard how important it is that people with Parkinson’s disease get the right financial support to help with the extra costs of living with the condition. Shockingly, 25 per cent of people with Parkinson’s are losing some or all of this support as they are moved from Disability Living Allowance to the replacement benefit Personal Independence Payment, leaving people unable to pay for aids and adaptations, energy bills and transport.

“I want to help ensure that people in Glasgow Central are not losing out as they are moved to Personal Independence Payment.

“I look forward to raising this issue nationally to ensure people get the support they need and feel empowered to take control of their life with Parkinson’s.”

“With 2017 marking such a significant anniversary for us, we wanted to reflect on what we have achieved and what we have yet to do in order to improve the lives of everybody affected by Parkinson’s, but we can’t do this alone.

“That’s why it’s brilliant Alison Thewliss MP has pledged to help us ensure people with Parkinson’s are getting the financial support they desperately rely on.

“We look forward to seeing the difference Alison Thewliss MP can make in Glasgow Central, and how she can help us to keep Parkinson’s on the political agenda.”

For advice, information and support, visit their website or call their free, confidential helpline on 0808 800 0303.