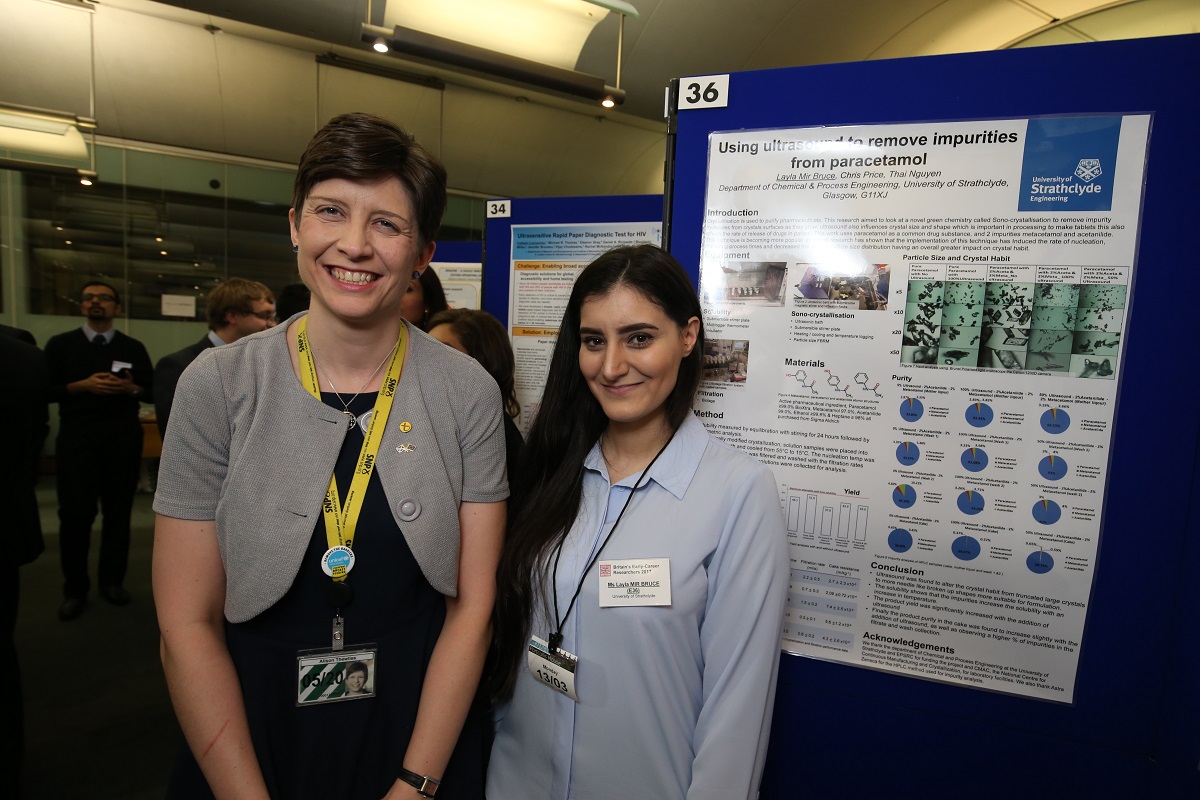 Layla Mir Bruce from the University of Strathclyde was shortlisted from hundreds of applicants to appear in Parliament and her poster about using ultrasound to remove impurities from paracetamol was judged by professional and academic experts against dozens of other scientists’ research, in the only national competition of its kind.

“These early career engineers, mathematicians and scientists are the architects of our future and STEM for BRITAIN is a great opportunity to meet them and learn about their work. My constituency is home to 3 universities, all producing world-class scientific, technological, mathematical and engineering research, and their work is vitally important for building the industries that will sustain our economy for many years to come.

“I enjoyed meeting Layla Mir Bruce today and found her work on purifying paracetamol fascinating. I wish her every success in the future.”

“Today’s event is a two-way process designed to strengthen the dialogue between Parliament and the science and engineering community. Many colleagues in the House of Commons will meet researchers who live and work in their constituencies and will forge links and cultivate their contact in the future.

“I hope they will be invited to visit laboratories or companies to see research at first hand. I also hope that researchers can increase their awareness of how Parliament deals with science and STEM issues and learn about the political process. Perhaps in future years some will return as Members of Parliament themselves. Both Parliament and Government benefit from having scientific expertise within their ranks.”