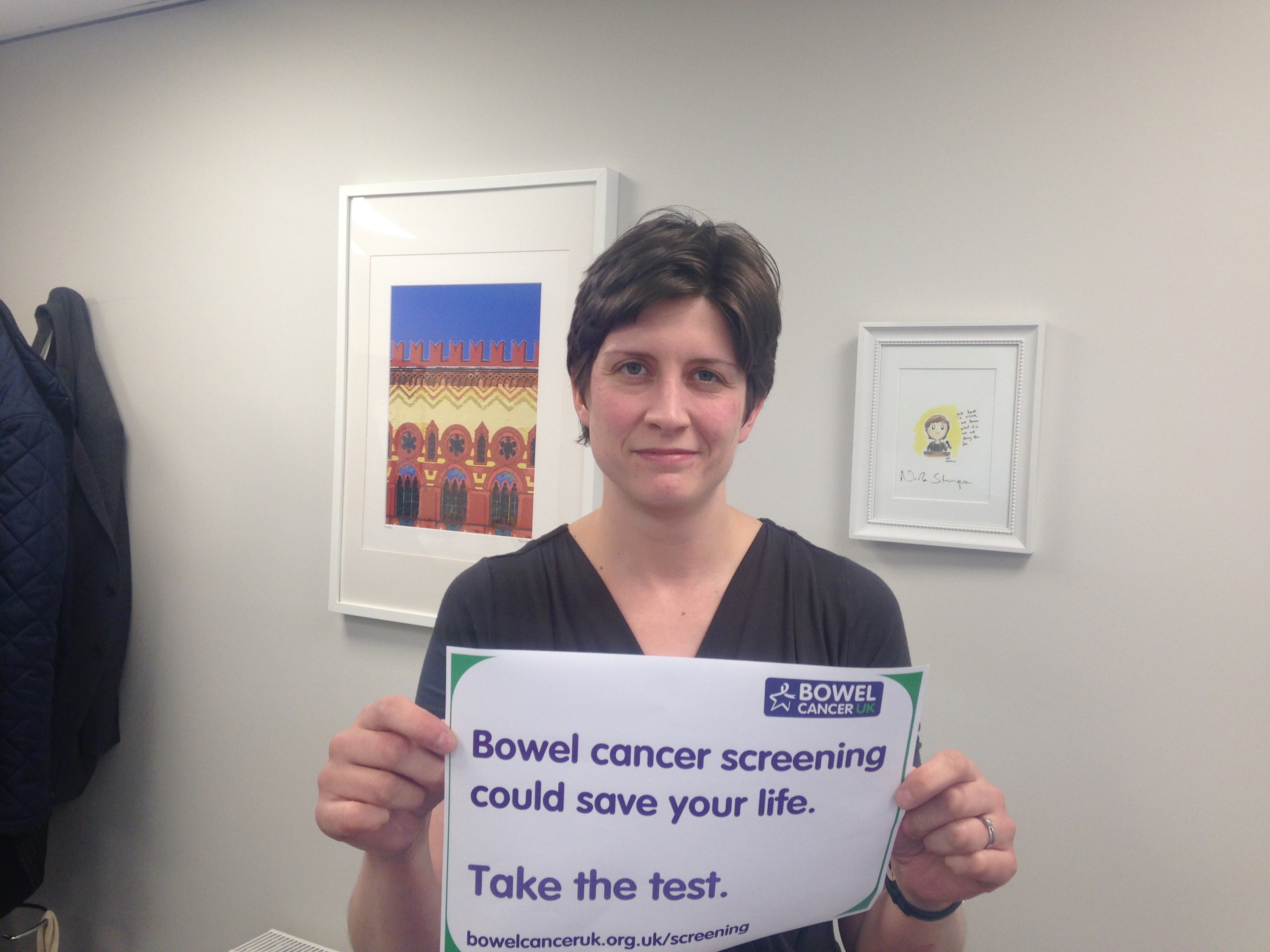 Bowel cancer is the second biggest cancer killer in the UK, affecting both men and women. Every year over 41,000 people (one every 15 minutes) are diagnosed with bowel cancer and 16,200 people die of the disease.

Bowel cancer screening can save lives but at the moment in some areas of the UK only a third of those who receive a test complete it. Thousands of people are missing out on the chance to detect bowel cancer early when it is easier to treat.

“As the MP for Glasgow Central, I am committed to improving uptake rates for bowel cancer screening, both locally and nationally.”

“I would urge my constituents who are sent a bowel screening test to use it. Taking part in bowel cancer screening is the best way to get diagnosed early. If you are over 50, take the test when you receive it in the post. If you are younger, tell the people over 50 in your life to take the test. Early diagnosis really can save lives.”

“I’d like to thank Alison Thewliss for supporting our campaign during Bowel Cancer Awareness Month to raise participation levels for bowel cancer screening. One in 14 men and one in 19 women will be diagnosed with bowel cancer during their lifetime but it is treatable and curable, especially if diagnosed early.”

The Scottish Bowel Screening Programme can detect bowel cancer at an early stage in people with no symptoms when it is easier to treat. Since its launch, it has been proven to save lives. If you’re registered with a GP and aged 50-74, you will receive a test in the post every two years. You carry out the simple test at home in private and it comes with step by step instructions. The test looks for hidden blood in your poo, which could be an early sign of bowel cancer.

Visit Bowel Cancer UK’s website to find out how you can get involved in their campaign for Bowel Cancer Awareness Month.