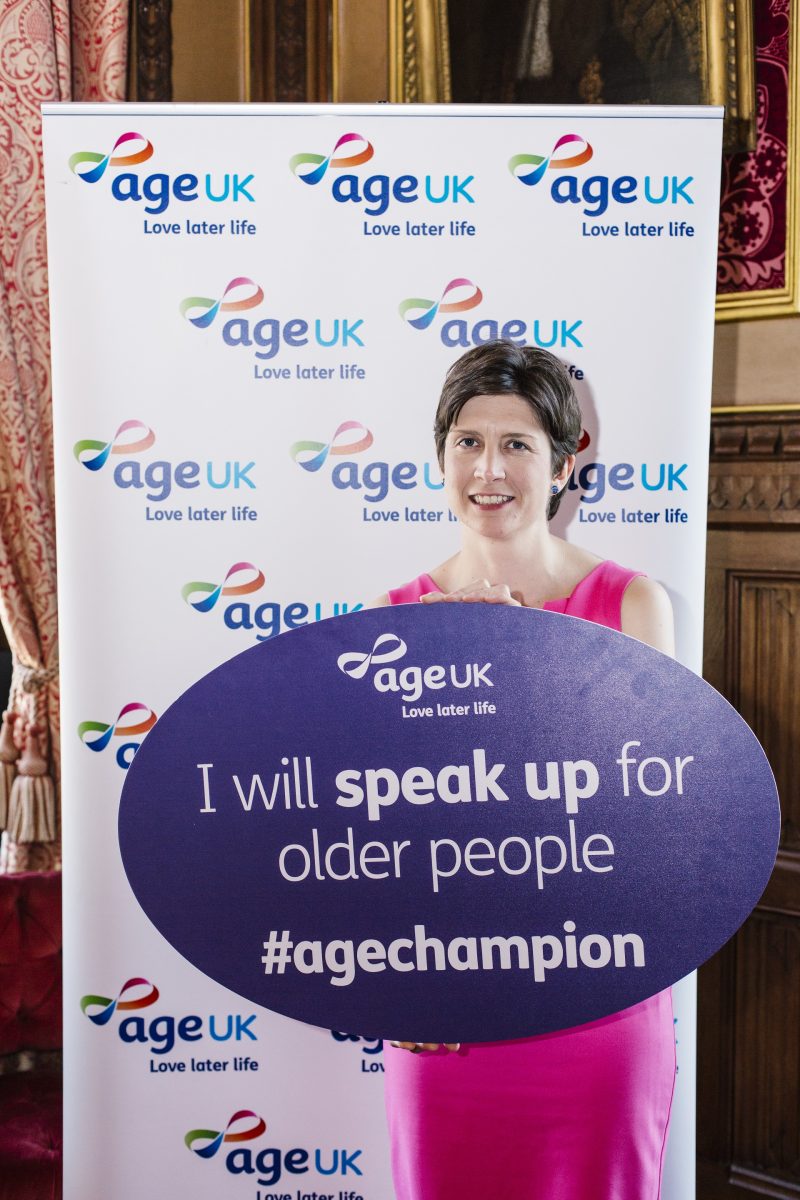 Alison Thewliss, MP for Glasgow Central, met with older people from across the country at an event in Parliament organised by the charity Age UK.

The Age Champions event was the charity’s annual summer reception and highlighted the challenges of an ageing population and opportunities in later life.

MPs heard how they can tackle issues affecting older people in Glasgow and across the country, including loneliness and isolation, social care and ‎the importance of a decent income.

“I’m delighted to become an Age Champion and support Age UK’s work to support older people in Scotland. I will be working with several organisations, including the Jo Cox Loneliness Commission, to give older people the support they need and I look forward to working together to tackle the challenges and opportunities that an ageing population presents.”

“Issues like the fragility of our social care system and the chronic loneliness that affects too many are not going away and our older population badly needs us to find solutions for them”.

The event also heard from Work and Pensions Secretary David Gauke, who spoke about the Department’s work, as well as the challenges and opportunities of an ageing population.

Throughout the event MPs learned more about how Age UK can help them to improve the lives of older people in their constituencies and make the most of their role as an ‘Age Champion’.