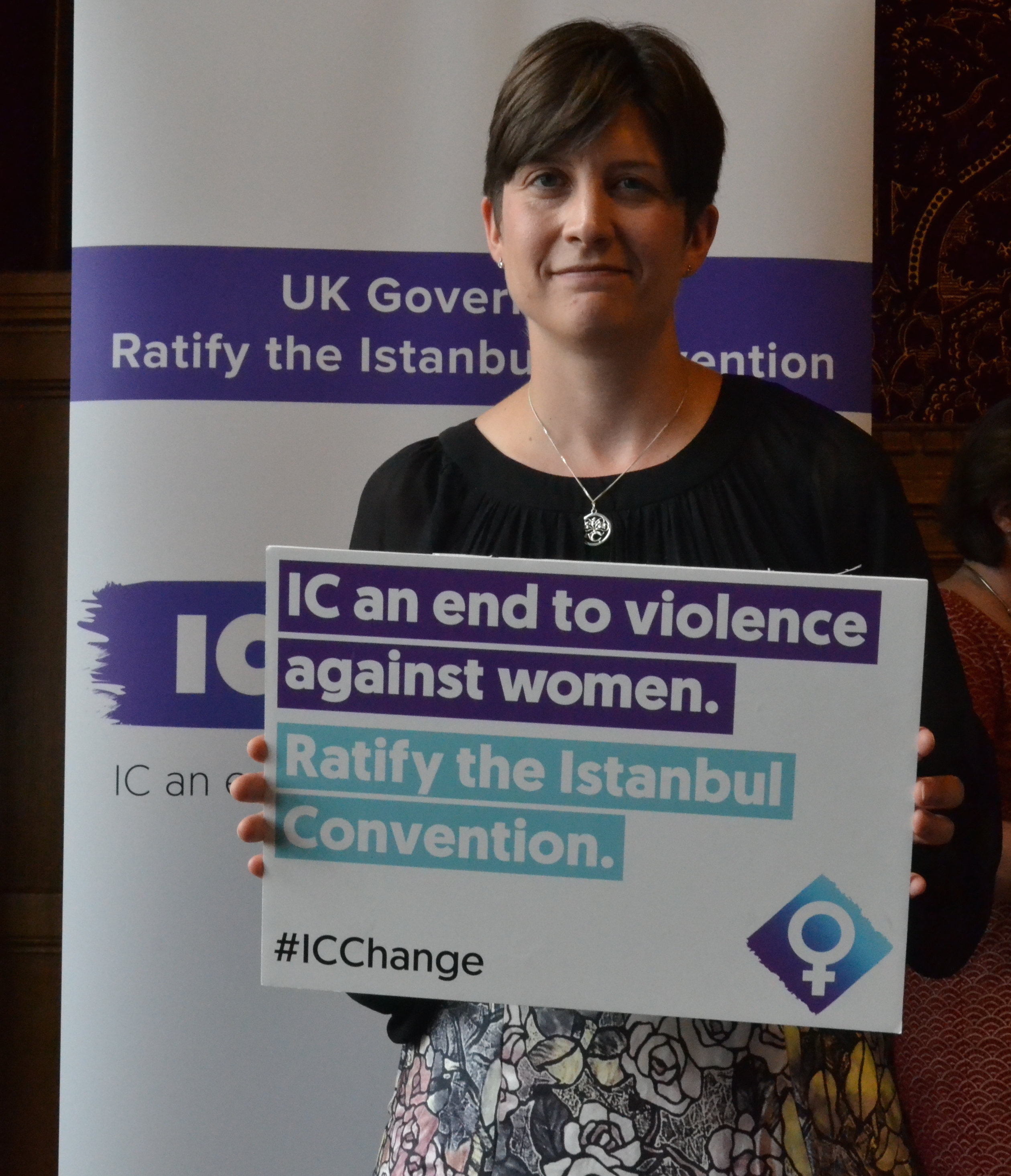 Yesterday (Tuesday 12th July) Alison Thewliss, MP for Glasgow Central, joined other MPs in showing support for The Council of Europe Convention on preventing and combating violence against women and domestic violence (known as the Istanbul Convention). This legislation requires the UK to take measures to prevent violence against women, protect women experiencing violence, and prosecute perpetrators.

Research states that on average, two women in England and Wales are killed every week by a current or former male partner. In Scotland in 2014/15, 1,797 rapes and 104 attempted rapes and 59,882 incidents of domestic abuse were recorded by the police. In Northern Ireland in 2014-15 there were 2,734 sexual offences recorded, including 737 offences of rape, and 13,426 domestic abuse crimes were reported (approximately 13% of the overall crime in Northern Ireland).

“I am passionate about women’s and girls’ rights and, whilst we are making good progress on tackling violence against women and girls in Scotland, far too many women and girls experience unacceptable violence and intimidation in their day-to-day lives. The SNP has long called for the UK Government to ratify the Istanbul Convention and I urge them to do so without delay.”

Rebecca Bunce, co-director of the IC change campaign, said “This law is about women’s lives. It is easy to forget when talking about legal technicalities, but ratification is really about women being able to live free from violence and free from the fear of violence.”

She continued “With the promise of the Istanbul Convention, we have already seen progress from the UK government with legislation on forced marriage, psychological violence and female genital mutilation (FGM). We can’t stop now. With uncertain times ahead it is all the more vital that there is a clear legal framework to help end violence against women. We urge the UK government to finish what they started and ratify the Istanbul Convention.”

Jenn Selby, a journalist, campaigner and survivor who attended the lobby, reflected:

“When I think of all the brave women I’ve met on my way through the system, how many years we’d all been waiting for court cases that didn’t happen, all the while deprived of our human right to adequate mental support, I wonder how many of them made it.

“The legal framework did more to see our perpetrators walk free than to keep us alive. This is not justice. Ratifying the Istanbul Convention would end this.

“Not only would the Istanbul Convention mean a government commitment to the adequate funding of women’s services and a stronger survivor-led prosecution service, but also commitment to prevention programmes – so the violence doesn’t happen in the first place.

“This is a life or death situation. The Istanbul Convention is the best legislation currently in existence and it will increase our chances of survival significantly.”