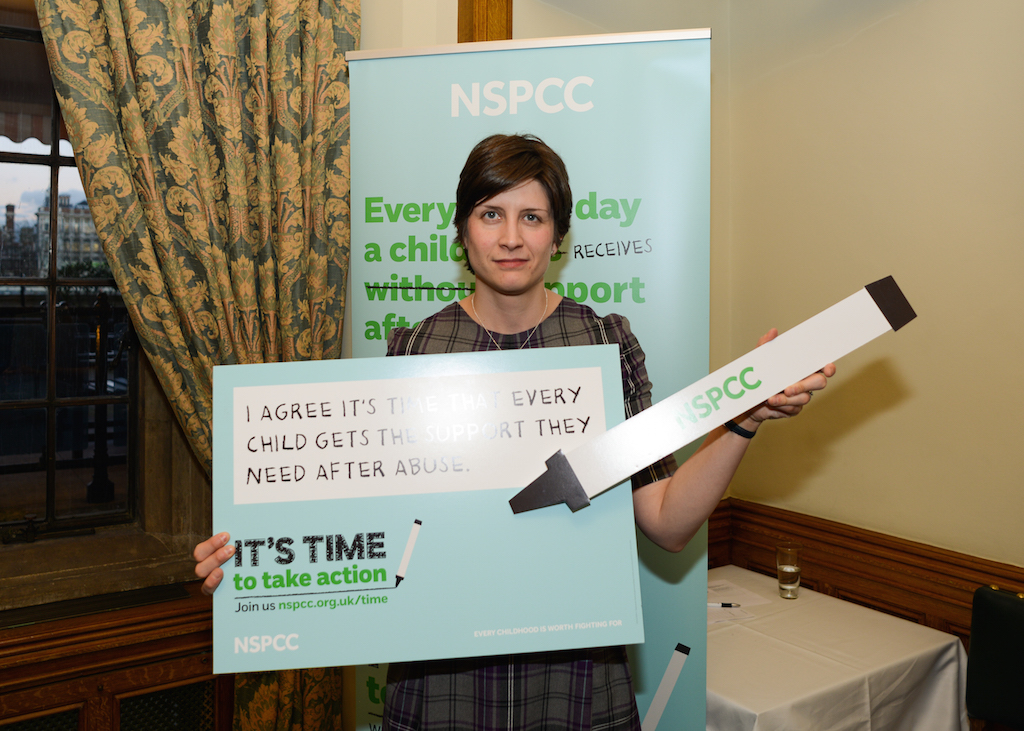 Alison Thewliss MP has shown her support for the NSPCC’s It’s Time campaign after hearing about the scale of abuse young people in the UK experience, and the problems many face getting the kind of help that can turn their lives around at the NSPCC’s reception in parliament on Wednesday 10th February.

Karen Bradley MP, Minister for Preventing Abuse and Exploitation, and Rt. Hon Alistair Burt MP, Minister for Community and Social Care, joined the NSPCC CEO in speaking at the launch and Alison Thewliss MP also heard first-hand from young people who have helped shape the campaign.

All too often children who have been abused have to develop chronic mental health problems, be suicidal or self-harm before therapeutic services become available to them, according to a recent survey of professionals working with these children. One of the young people who sat on the campaign advisory group, ‘A Force for Change’, said that support should be provided “at the point of need not the point of crisis”.

Alison Thewliss MP has said “I am proud to support this campaign. In Scotland we have taken significant steps to expand support for vulnerable people through the National Action Plan to Tackle Child Sexual Exploitation, including an ongoing public awareness campaign and the opening of the National Child Abuse Investigation Unit within Police Scotland. I will continue to work hard to ensure that young people whose lives have been devastated by abuse can access the necessary support in order to rebuild their lives.”

Peter Wanless, NSPCC Chief Executive, said more children than ever were coming forward to tell somebody about the abuse they have suffered. “But every child’s bravery to come forward must be met with the right support. And for many of our most vulnerable children, that support is not available.”

He welcomed the Government’s commitment to invest £1.4 billion into children’s mental health services but said: “This money can only be spent once; it is crucial that a portion is made available for abused children. We’re calling for long term investment in support services for children who’ve experienced abuse, government to produce clear guidelines on when a child should be offered therapeutic support, more research into the scale of the problem, as well as what type of support works best.

“We know that government recognises the importance of this issue. But without a clear commitment to children who have experienced abuse, we worry that they will continue to fall by the wayside….”

You can find out more about the campaign here.