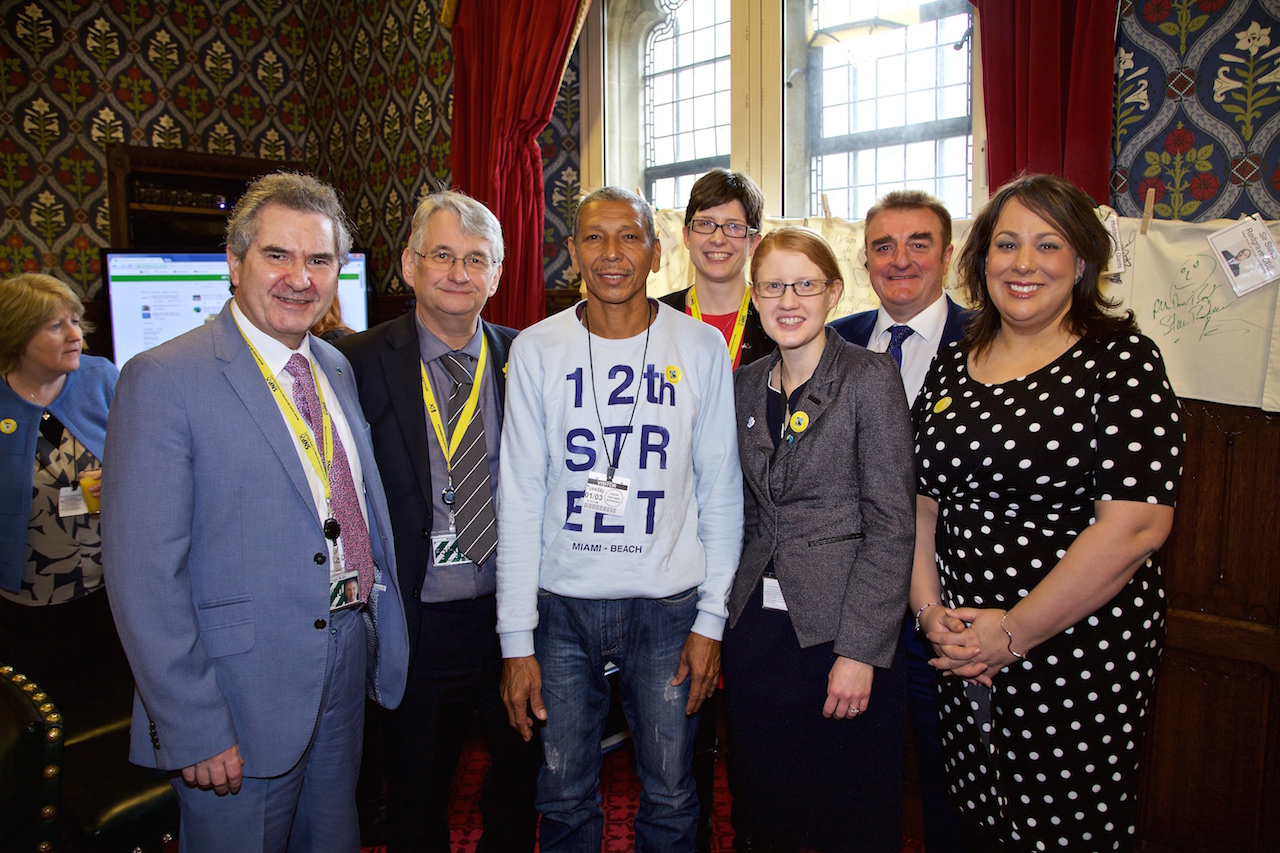 On 1st March Alison Thewliss, MP for Glasgow Central, attended the launch of the first All Party Parliamentary Group (APPG) on Fairtrade at a special breakfast event in Parliament for MPs to mark Fairtrade Fortnight (29 February-13 March). The event also heard from the International Development Minister Desmond Swayne, Co-Chairs of the APPG Holly Lynch MP and Jason McCartney MP, and two Fairtrade farmers, Julio Mercado Cantillo, a Colombian banana farmer and Patrick Kaberia Muthaura, a tea farmer from Kenya who have travelled to the UK for the campaign.

Ms Thewliss also met campaigners and secondary school students from West Yorkshire, who are supporting this year’s Fairtrade Fortnight campaign which is highlighting the hunger faced by millions of farmers in developing countries who, despite working hard to grow some of the UK’s favourite foods, do not earn enough to know where their next meal is coming from.

The event was also supported by UK retailer the Co-operative which provided breakfast refreshments and is doubling donations during Fairtrade Fortnight as part of its online growingstories.coop project which shares the experiences of farmers with the UK public.

Commenting on the launch of the APPG, Ms Thewliss said:

“I’m delighted to be supporting the Fairtrade movement. I am pleased that many events will be taking place across my constituency in support of Fairtrade Fortnight and I’d like to take this opportunity to thank them for their efforts in supporting positive change for the world’s farmers, who supply us with essential products every day.”

“Communities have always driven the Fairtrade movement, by using the pound in their pockets to make a positive change and by campaigning for better, fairer and more sustainable trade regimes enabling people to lift themselves out of poverty.

“This Fairtrade Fortnight, as thousands of communities stand in solidarity with the farmers who grow our breakfast products, I’m delighted that the people of Holme Valley have shown that action can lead to change. Establishing this APPG is a huge achievement and provides an opportunity for the public, parliamentarians and businesses to work together and make a difference to the lives of farmers around the world.”