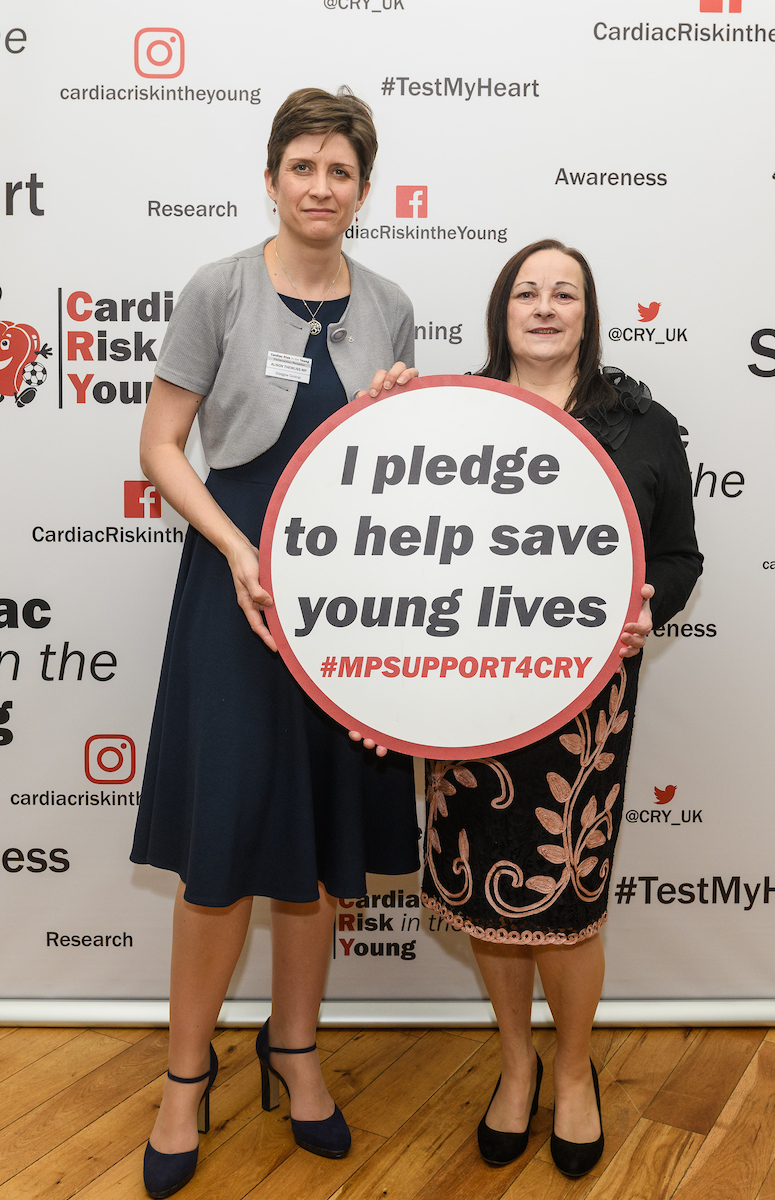 On Wednesday 22 November 2017, the charity Cardiac Risk in the Young (CRY) launched a powerful new booklet for young people learning to navigate their emotions following the tragic and sudden death of a close friend from a previously undiagnosed heart condition.

The booklet, ‘A friend’s grief following a young sudden cardiac death’ has been compiled by CRY’s Founder and bereavement counsellor, Alison Cox MBE. It features 10 short chapters from 29 bereaved young people talking through their experience of coping with the gap their friend has left, trying to adapt their lives without them by their side and finding a ‘new normal’.
The booklet – which was launched during CRY’s annual Raising Awareness Week [19-26 November] – is part of a wider campaign #CRY4Friends, highlighting the grief felt by young people when they experience the death of a friend. www.cry4friends.org.uk

Alison Cox says; “This powerful and deeply sensitive booklet articulating the thoughts and feelings of the sudden death of a fit and healthy special friend explains the ferocity of the impact of the loss. We are all born into our relationships but have the freedom to choose our friends. A good friend provides a haven of security and suddenly losing them can have a catastrophic effect on a young person.”

Alison Thewliss MP, pictured with CRY supporter Irene Broughton, adds; “I was delighted to attend CRY’s Parliamentary Reception and would like to congratulate the charity for the launch of the CRY4Friends campaign which will offer support to so many young people who may otherwise have been suffering in silence following the tragic death of a good friend.”

Irene Broughton, from Beith in Ayrshire, first became involved with CRY following the sudden and tragic death of her daughter Steffani in 2007 from a previously undiagnosed heart condition. She was aged just 17. Irene is now a trained Bereavement Supporter with CRY.

Every week in the UK, 12 young people aged 35 or under die suddenly from a previously undiagnosed heart condition. 80% of these young people have no signs or symptoms and so the only way to detect a potentially sinister cardiac abnormality is by having cardiac screening. CRY believes that every young person should have the choice to be screened, and offers a national screening service where anyone aged 14-35 can access free cardiac screening.