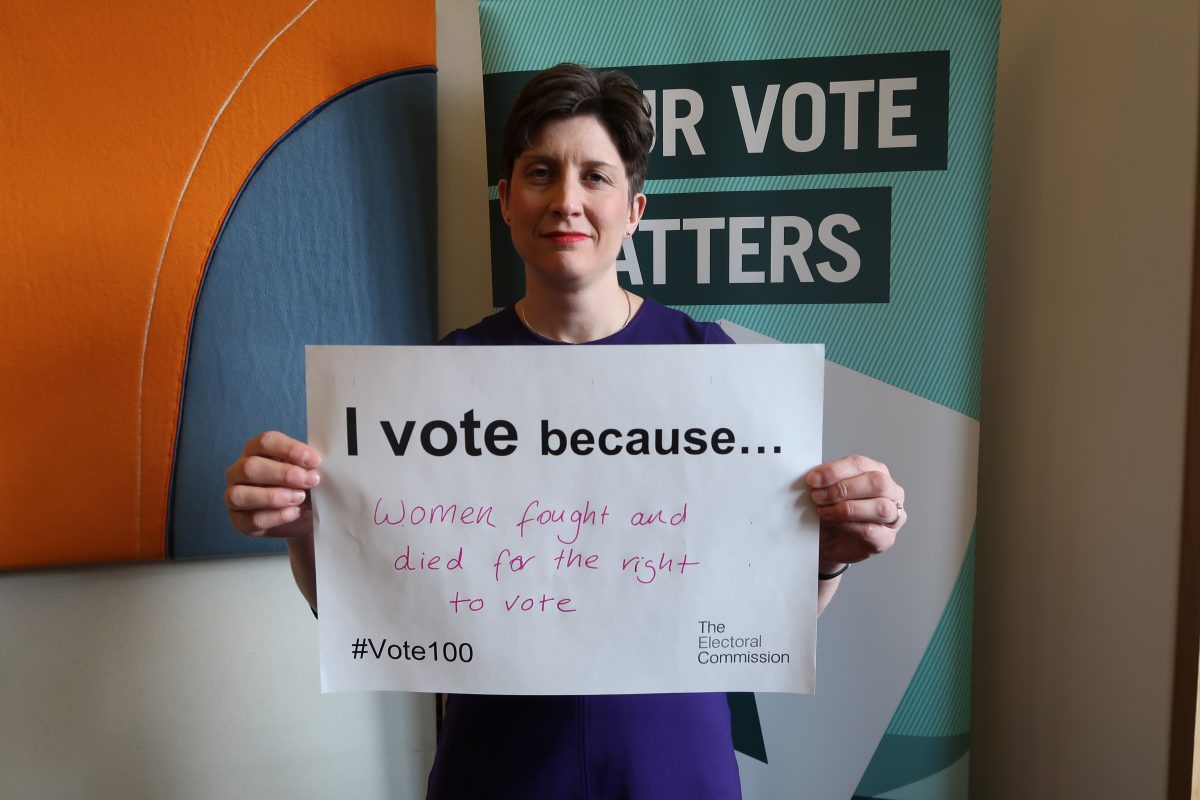 To mark the centenary of the Representation of the People Act, passed on 6 February 1918, giving some women the right to vote in the UK for the first time, Alison Thewliss MP is encouraging women to celebrate their right to vote.

Ms Thewliss celebrated her right to vote, 100 years on from women first getting the right, and called on women across Glasgow to join her for the anniversary by posting pictures of them saying ‘I vote’.

Celebrations to mark the centenary will be taking place across the UK on Tuesday 6th February.

“The cause of gender equality has come a long way since the Representation of the People Act 1918 extended to franchise to women for the first time. We must never forget the sacrifices that the suffragettes made to ensure that women are able to vote on the same basis as men – something which society now takes for granted.

“Despite considerable progress and improvements in female representation in politics, much more must be done to improve female participation in politics at all levels. I’m making it my priority to challenge the outdated culture of Westminster, encourage women to stand for office and ensure that women are represented on an equal basis with men in all areas of public life.”