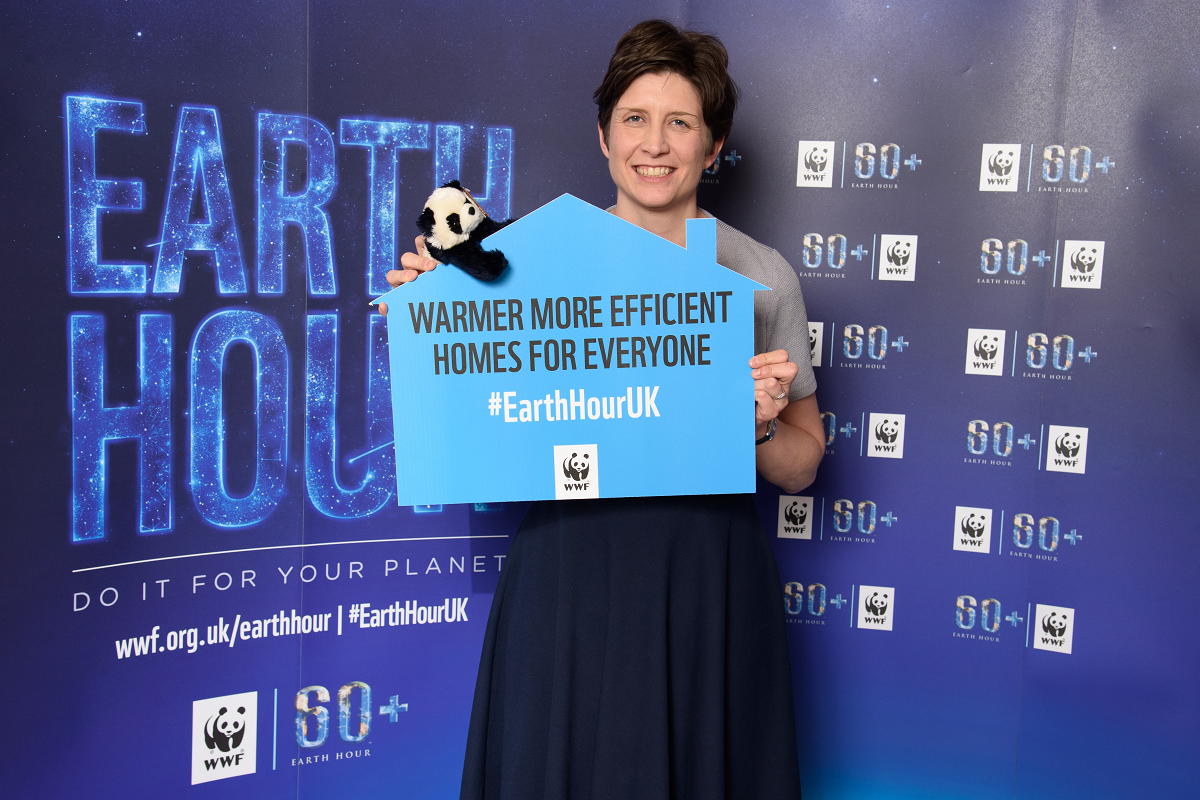 Alison Thewliss, SNP MP for Glasgow Central, has signed up to support WWF’s tenth Earth Hour by making a special pledge to help protect the planet. The world is changing – fast – and it’s never been more important to show support for action on climate change. Ms Thewliss is one of many who joined WWF in Westminster at their reception this week to show they care about the future of our planet, ahead of the global lights out event, taking place on Saturday 25 March at 8:30pm. Earth Hour Heroes is supported by the players of the Peoples’ Postcode Lottery who joined the event.

MPs from all political parties are celebrating Earth Hour, sending a united message that this is a pivotal time for our planet and more needs to be done to tackle climate change and build a sustainable future.

“I am delighted to support WWF’s Earth Hour this year to demonstrate how important it is that we take climate change seriously. The SNP-led Scottish Government have already exceeded the level of their world-leading 2020 target for a 42% reduction six years early. I will continue to urge the UK Government to follow the excellent example set by the Scottish Government on reducing emissions and tackling climate change.”

Each year, millions of people around the world come together to call for action to protect our brilliant planet. Last year a record 178 countries took part and iconic landmarks across the UK switched out their lights, from Big Ben and Buckingham Palace, to Brighton Pier, Edinburgh Castle and Caerphilly Castle. This year is set to be the biggest yet as it’s the 10 year anniversary of Earth Hour. With 2016 breaking temperature records for the third consecutive year, it’s never been more important to tackle climate change.

“We are at a real crossroads when it comes to our planet’s future. We all need to act and do what we can to protect our planet from the impacts of climate change. That’s why it’s great that MPs are giving their support to this year’s campaign and we hope they will inspire many others in their constituencies and communities to sign up and get involved on 25th March.