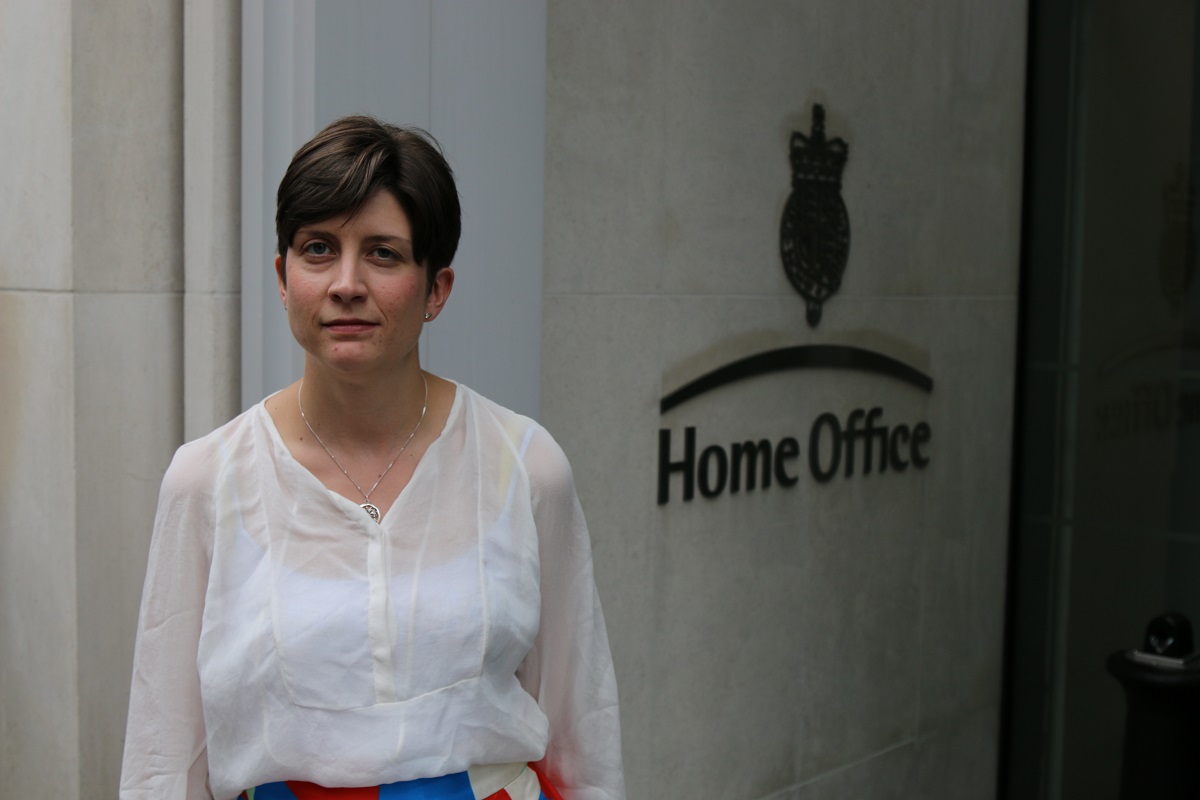 SNP MP Alison Thewliss will today (Tuesday) meet with the Immigration Minister, Robert Goodwill MP, at the Home Office to challenge the Government’s “bizarre” decision to dramatically restrict the number of UK visitor visas being issued to Iranians.

As the MP with the highest immigration constituency caseload in Scotland, the Glasgow Central MP has dealt with a number of cases for constituents who have found it immensely challenging to secure UK visitor visas.

One such case includes the Grandmother of a baby born in November 2016. The parents of the baby, who are Iranian nationals living in Glasgow, had wanted the child’s Iranian Grandmother to be able to visit at the time of the birth. The Grandmother, who lives in Tehran, started trying to apply for her visa in May 2016 – almost half a year before the baby was due. She has still not been granted an opportunity to apply for a visa, despite her new grandchild now being three months old.

In a letter to MP Alison Thewliss, the Home Office advised that the Grandmother might instead wish to apply in person for a visa from VFS Global’s Abu Dhabi processing centre – a journey which would require her to cross the Persian Gulf. Another case Ms Thewliss is dealing with means that a married couple are currently being kept apart. The husband remains in Glasgow, with his wife stuck in Iran, unable to apply to come to the UK.

Just 30 visa application slots – administered by the UK Government’s private contractor, VFS Global – are issued once a week, every Tuesday at 1pm. They are issued on a first come, first served basis. The application slots do not guarantee a visa but merely the opportunity to apply for one. Thewliss has branded this “an immigration system which appears to be run like a tombola”. The Glasgow Central MP recently secured a meeting with the UK Immigration Minister, Robert Goodwill and will press these cases today.

Speaking ahead of the meeting at the Home Office in London, Alison Thewliss MP said:

“Because of a bizarre policy put in place by the Home Office, I have families in my constituency who are being kept apart due to an immigration system which appears to be run like a tombola.

“From my own constituency casework, it is clear that this approach to administering visas is simply not fit for purpose.

“Amongst the draconian restrictions, quotas and red tape put in place by the Home Office’s private contractor, I am seeing honest and well-intentioned people being stonewalled from even being able to apply for visas, let alone visit their family.

“During last summer, Downing Street issued a woolly press statement talking up the Government’s desire to forge greater links and cooperation with Iran. This press statement followed a telephone call between the new Prime Minister, Theresa May and the Iranian President, Dr Hassan Rouhani. One of the ironies in all of this is that the Iranian President is himself a former student of Glasgow Caledonian University, where he completed a postgraduate qualification in the city in the 1990s.

“If the UK Government is serious about improving relations and cooperation with Iran, it could start by urgently reviewing and reforming this bizarre system of issuing visa application appointments based on luck of the draw.“