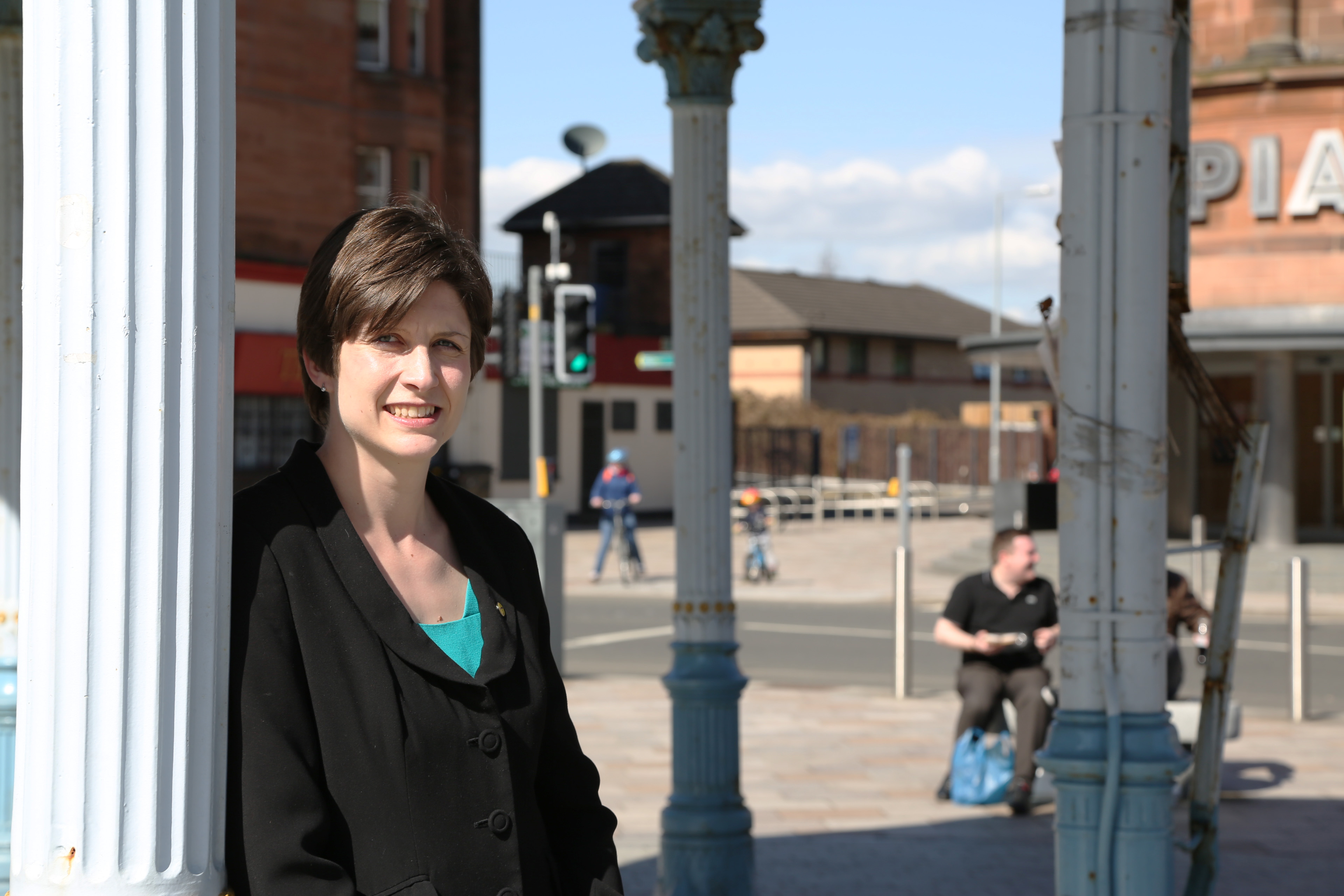 In a parliamentary debate on domestic abuse and the family courts, Ms Thewliss highlighted new action by the Scottish Government to tackle domestic violence, as well as noting the need for the courts to review their processes to make the hearing of child contact cases safer for women and children who have escaped domestic abuse.

Ms Thewliss used part of her speech to draw attention the work of Glasgow Rape Crisis Centre and Glasgow Women’s Aid. She also praised projects which support those affected by domestic violence, including Power Up Power Down, a joint project between Scottish Women’s Aid and the Scottish Children and Young People’s Commissioner to make sure children’s voices are heard in court cases involving domestic abuse.

“Domestic violence shatters women’s confidence and undermines the lives of families across the UK. It was heart-breaking to hear stories of women fleeing domestic abuse, only to have to deal with their abusive ex-partners during court proceedings. This situation can clearly be very distressing for those affected by domestic violence, particularly when an abusive ex-partner is seeking to maintain contact with the children.

“There is much good work being done to tackle domestic violence in Scotland. I welcome the announcement in the First Minister’s Programme for Government that new legislation will be brought forward to recognise and tackle the coercive and controlling nature of psychological abuse, which can often be hidden from sight but can be just as damaging as physical violence.

“With the introduction of new legislation, our court processes must continue to evolve to ensure that they are providing the best possible support to victims of domestic abuse and to protect and support children who have been traumatised by domestic violence.

“I commend the work of many support services, including Scottish Women’s Aid to promote safety and recovery for domestic violence victims and I hope the courts will consider their recommendations carefully.”