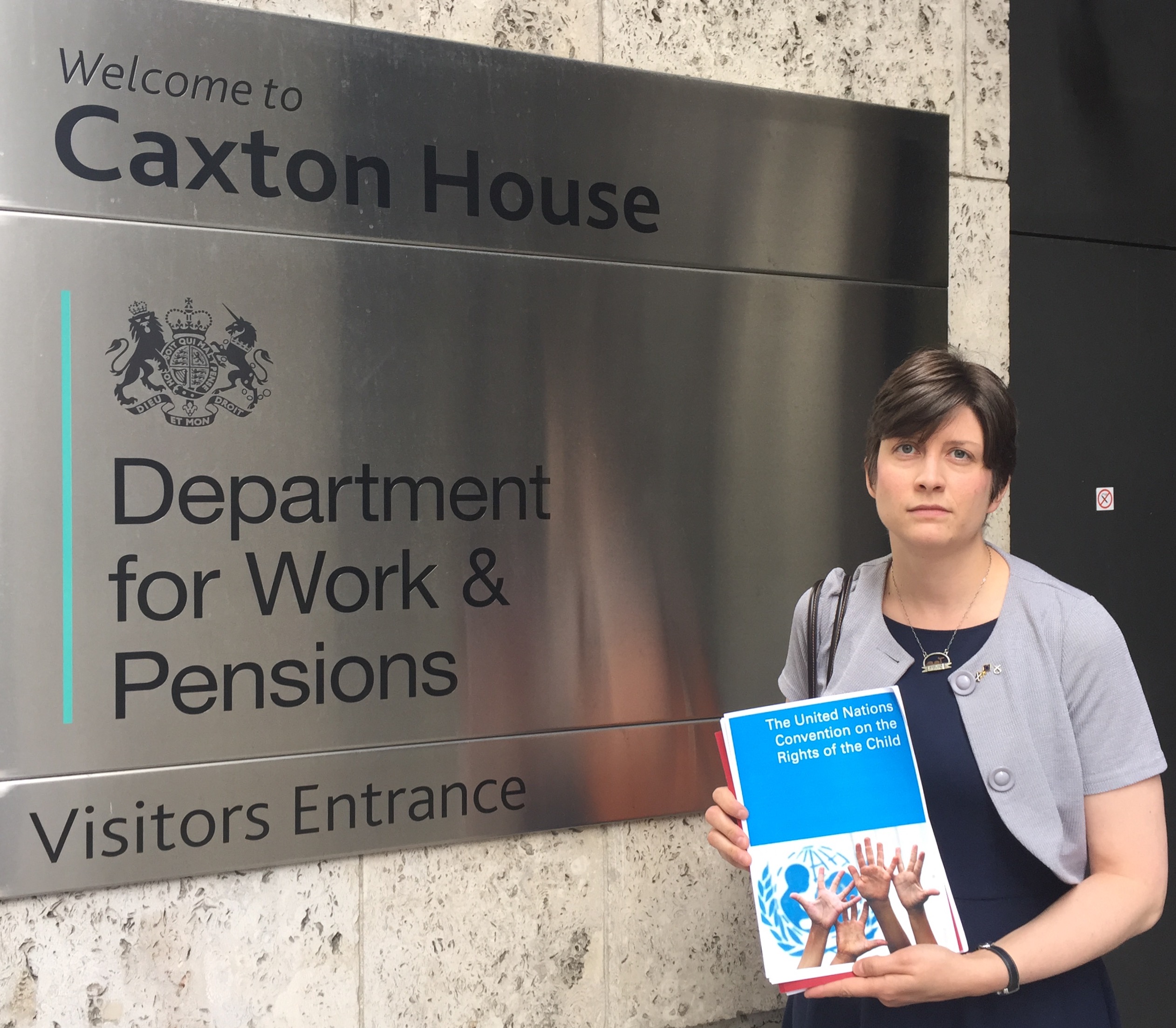 SNP MP Alison Thewliss has spoken of her “utter disappointment” following her meeting today (Thursday 19th May) with Lord Freud, Minister of State for Welfare Reform, at the Department of Work & Pensions.

Following months of campaigning, Prime Minister David Cameron finally relented and organised a meeting between the SNP MP and his Welfare Reform Minister, which took place this morning.

Ms Thewliss had just forty-five minutes to question Freud and his officials on their “draconian” plans for a rape clause and two child policy which she said was “tantamount to social engineering”.

Commenting after her meeting at the DWP’s Caxton House HQ in London, Ms Thewliss said:

“Today’s meeting was one of the most frustrating and soul destroying meetings I’ve ever had to endure in my nine years of elected public office, first as a Councillor and now as an MP.

“Lord Freud showed no compassion for the vulnerable women and families who will be subjected to some of the most draconian welfare reforms in the world, reforms which are tantamount to social engineering.

“The Prime Minister himself conceded the Government had “more to do” on this policy, and promised that they would consult on this. When I pressed the Minister, it turns out that the Government have consulted just four organisations on a policy which will cause unimaginable pain and distress to victims of rape.

“This Government clearly does not appreciate that the majority of rapes happen within abusive relationships, and that pushing women to claim could place them and their children in a very dangerous position. During the course of the meeting, Lord Freud suggested that women should “just flee”, without appreciating how incredibly difficult that can be. This comes at the same time when women’s refuges are under threat by Tory cuts to housing benefit. That is simply unacceptable and confirms my worst fears that this is the most uncaring, heartless and cruel UK Government yet.

“On restricting tax credits to the first two children in a family, Lord Freud made great play of the fact that 85% of families have two or less children, therefore this policy would only impact a small minority of people. He couldn’t answer why the Government is legislating to attack such a small minority. He confirmed that he had not consulted with any religious groups, who may be disproportionately affected by the restriction.

“I was further appalled to hear that they have no intention of protecting eligibility to tax credits for families composed of children from previous relationships, which further undermines the Government’s much vaunted ‘family test’.

“I am absolutely gutted by this Tory Government’s lack of compassion, but I will continue the fight to end to this policy. It’s just a shame that the UK Government are so hell bent on pushing ahead with this that they’ll be as obstructive as possible.”