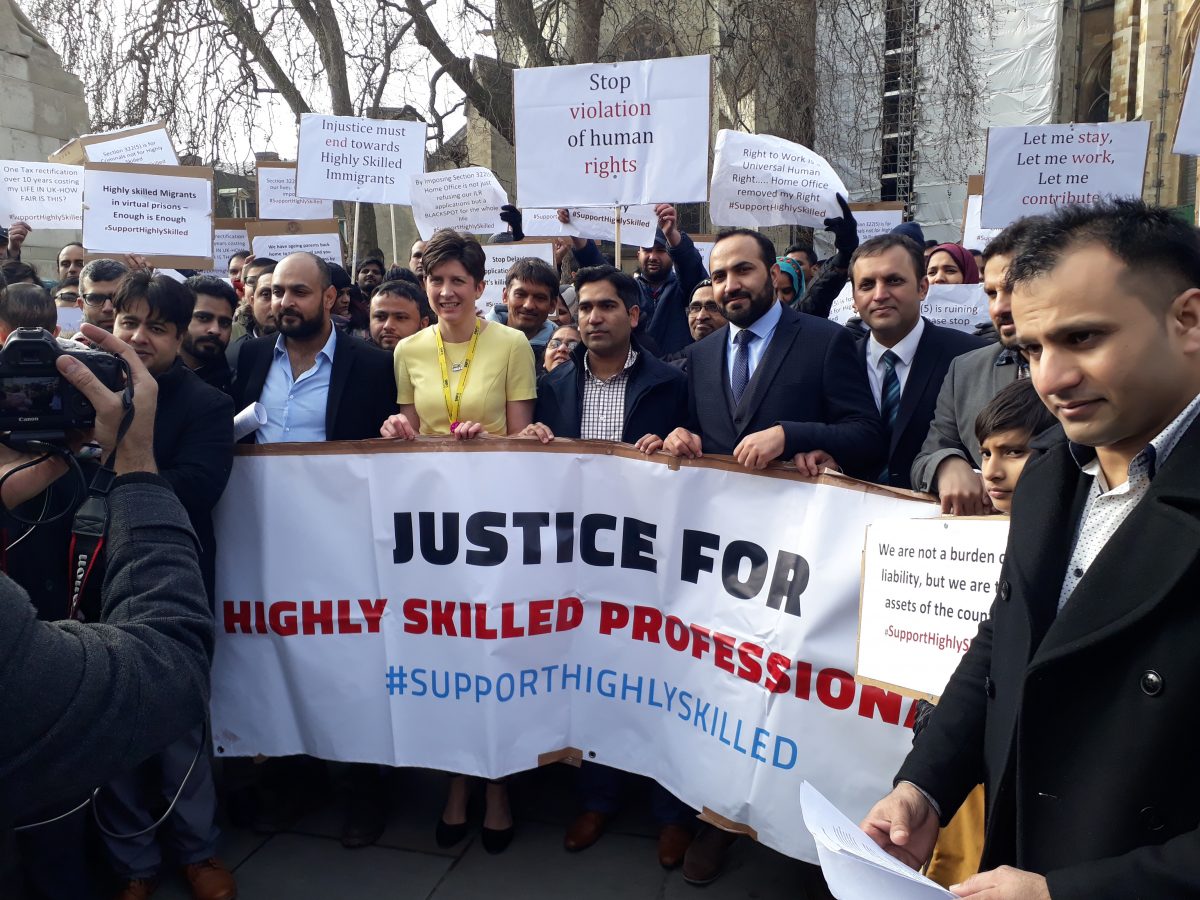 Alison Thewliss, MP for Glasgow Central, today quizzed Theresa May during Prime Minister’s Questions on the record of the Home Office towards skilled migrants applying for Indefinite Leave to Remain (ILR).

Recent reports have elucidated a stark increase in the number of people who have come to the UK on the Tier 1 visa system, worked for years in professional occupations, then encountered issues securing ILR via the Home Office. Often this has been due to trivial issues such as minor errors on tax returns, where the applicant’s character and credibility have been called into question as a result.

Thewliss’ question coincides with a protest being organised by the group ‘Highly Skilled Migrants’. The group, which represents hundreds of individuals from skilled backgrounds such as doctors, engineers and teachers, will gather at Westminster today to show their discontent at the Home Office’s approach.

“My constituent, Mr Ali Baig, is unfortunately one of many skilled migrants whose futures have been thrown into disarray by the Home Office’s hostile and heartless policies.

“Highly skilled professionals are coming to the UK and taking up professional occupations where there are serious shortages. They are contributing to the economy, having families, making a life in our community, and yet the Home Office sees fit to refuse them permission to stay because they made a legitimate correction to their tax return. This is totally unacceptable.

“These callous decisions have far-reaching effects. Many of the people affected have young children and other dependents, and by removing their right to work and remain in the UK the Home Office is placing huge burdens on entire families.

“The Prime Minister needs to recognise that these Home Office policies are not fit for purpose. If she wants the UK to continue to attract people from around the world, she needs first to recognise and appreciate the contributions being made by those who are already here”.