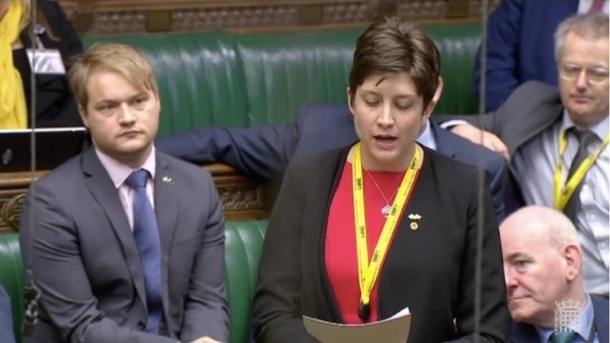 Referring to a number of outstanding constituency cases she has been dealing with, Ms Thewliss asked the Leader of the House of Commons to personally intervene in speeding up tier one tribunals.

Ms Thewliss has welcomed the Leader of the House’s commitment to personally look into these cases. She commented:

“These delays to tier one tribunals are totally and utterly unacceptable and the Government must take urgent action to speed up this process.

“A snapshot of my own constituency caseload suggests that these delays are leaving people in incredibly precarious circumstances, leading to problems which, in all honesty, could easily be avoided.

“A family in my constituency is now faced with eviction because of UK Government inaction. It is incumbent upon the Leader of the House to give his colleagues in the Government a nudge and get urgent action to tackle this backlog”.