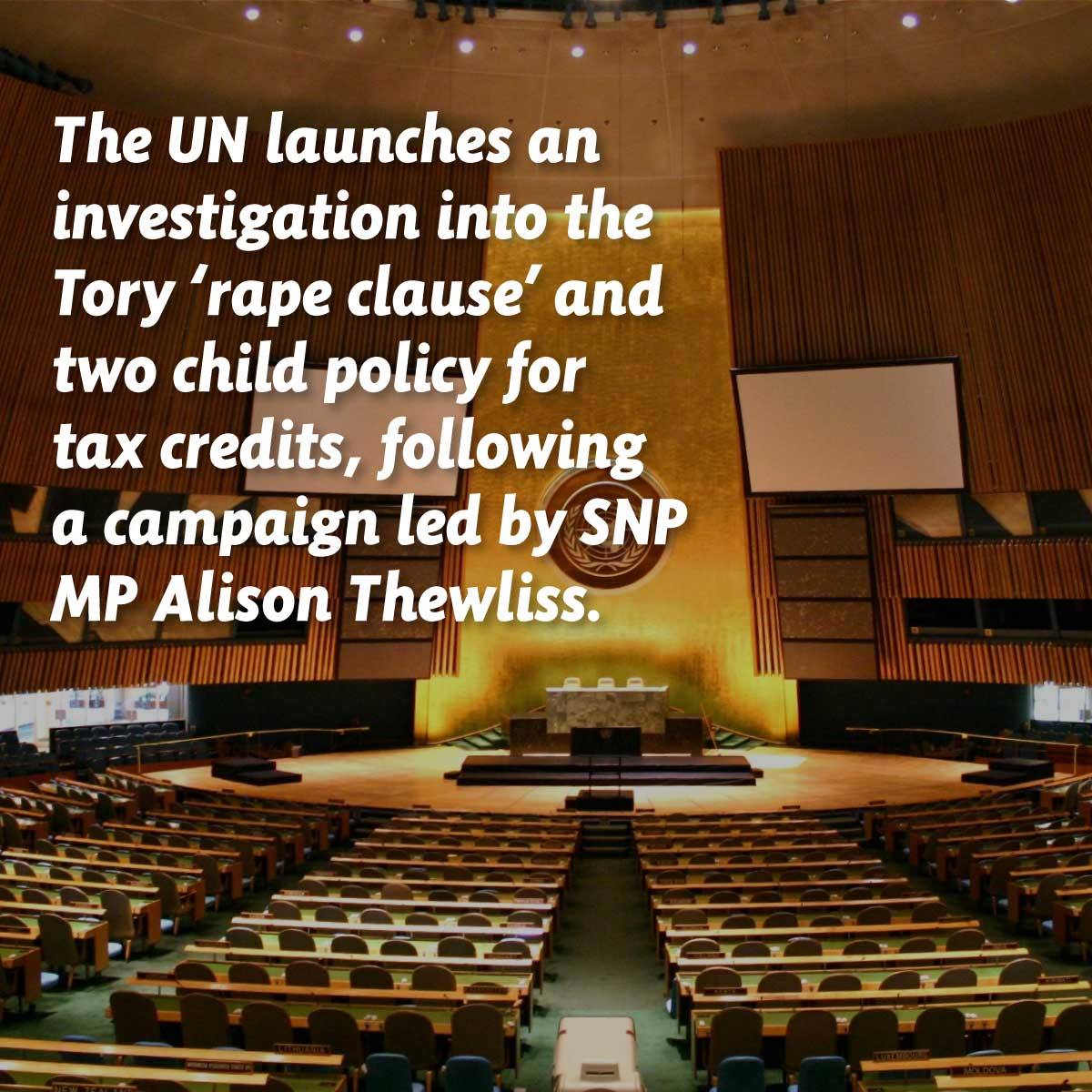 SNP MP, Alison Thewliss, has welcomed moves by the United Nations to launch an investigation into the UK’s proposed rape clause and two child policy for tax credits.

In February, Ms Thewliss wrote to Ban Ki-moon, Secretary General of the United Nations, and asked the UN to investigate whether the UK Government’s proposed rape clause and two child policy breached the UN Convention on the Rights of the Child, which the UK signed in 1990.

The SNP politician believes that the UK Government’s “medieval” proposals could breach at least five of the fifty-four articles in the UN Convention of the Rights of the Child.

Recently, the UN responded to Ms Thewliss and confirmed that it also had concerns about the UK’s proposed welfare policies. Accordingly, the UN’s Committee on the Rights of the Child will be launching an investigation next week.

“Everyone knows that the medieval two child policy and rape clause is unworkable, immoral and is now almost certainly in contravention of the UN Convention of the Rights of the Child, which the UK signed up to almost twenty five years ago.

“I warmly welcome the UN’s decision to intervene and shine a very bright light onto this cruel and thoughtless Government, which appears hell bent on making life as difficult as possible for ordinary people.

“It is clear that, over the last ten months, the Tories had hoped this campaign would be quietly dropped but the fact it has caught the attention of the UN suggests this policy is now totally untenable. The UN probe is a major boost to our campaign to end the pernicious two child policy and rape clause.

“This Government simply cannot be allowed to get away with a policy that is tantamount to social engineering.”