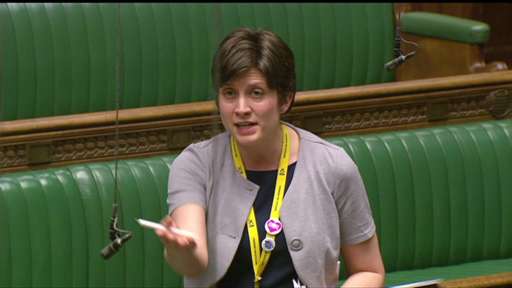 The SNP MP is a leading member of the APPG on Yemen and recently met with a delegation of aid workers in Parliament to hear first-hand the difficulties NGOs face as a result of “perpetual bombardment”.

Responding to the Glasgow MP, Foreign Office Minister Tobias Elwood undertook to raise this matter with Saudi Ministers in Riyadh later this week.

“The perpetual bombardment of Yemen by Saudi Arabia is decimating the region and has led to a humanitarian crisis of epic proportions.

“Thousands of people have died, millions have been displaced and many children are severely malnourished. Adding to this miserable situation, Yemen is now at risk of famine.

“The in-country aid workers I spoke to recently told me some really horrific stories about their work in the Yemen. Workers being stopped at checkpoints are being exposed to serious risk, and indiscriminate bombing is severely limiting the action NGOs and aid workers can safely take to meet the growing humanitarian need.

“I am grateful to the Minister for undertaking to raise these concerns later this week when he visits Saudi Arabia.

“We cannot stand back any longer whilst Yemen is in such severe crisis”.