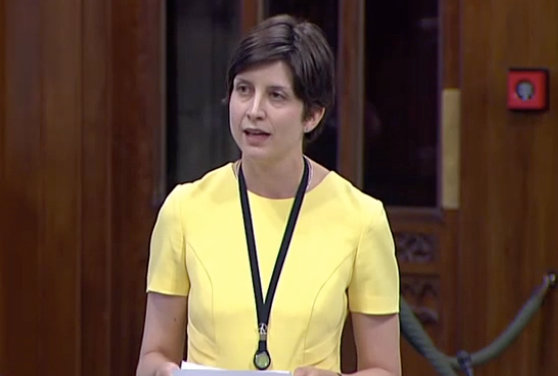 SNP MP Alison Thewliss has hit out at yet more plans by the DWP to shut down Government offices in her constituency. Her comments come in response to news today that Tory Ministers plan to shut fifteen more Jobcentres and back offices in Scotland, including Portcullis House and Corunna House in her Glasgow Central constituency.

Currently, the UK Government is already consulting on plans to close eight of Glasgow’s Jobcentres, including Bridgeton Jobcentre within Ms Thewliss’ constituency.

“Last month this Tory Government delivered a body blow to communities all across our city by proposing to shut half of Glasgow’s Jobcentres. That consultation is still running and the fight to save those Jobcentres is still ongoing.

“Now we learn that UK Ministers are planning to scrap even more of the DWP estate in Glasgow by shutting down Government back offices. This comes on the back of recent HMRC cuts in Scotland, which we were told wouldn’t happen if Scotland rejected independence in 2014. That was obviously a blatant lie.

“These erratic Tory plans raise a number of very serious questions for Glasgow. Where are the jobs are being transferred to? What consultation has been carried out with staff? How does this fit into the current proposals to shut half of Glasgow’s Jobcentres? UK Government Ministers have been at great pains to stress the Jobcentre closures are only proposals, but how can Glaswegians trust them with these new cuts coming like a bolt from the blue?

“I am demanding an urgent meeting with DWP Ministers to get answers on these incredibly serious questions. This Tory Government’s slash and burn approach to civil service jobs and buildings needs to stop right now.”