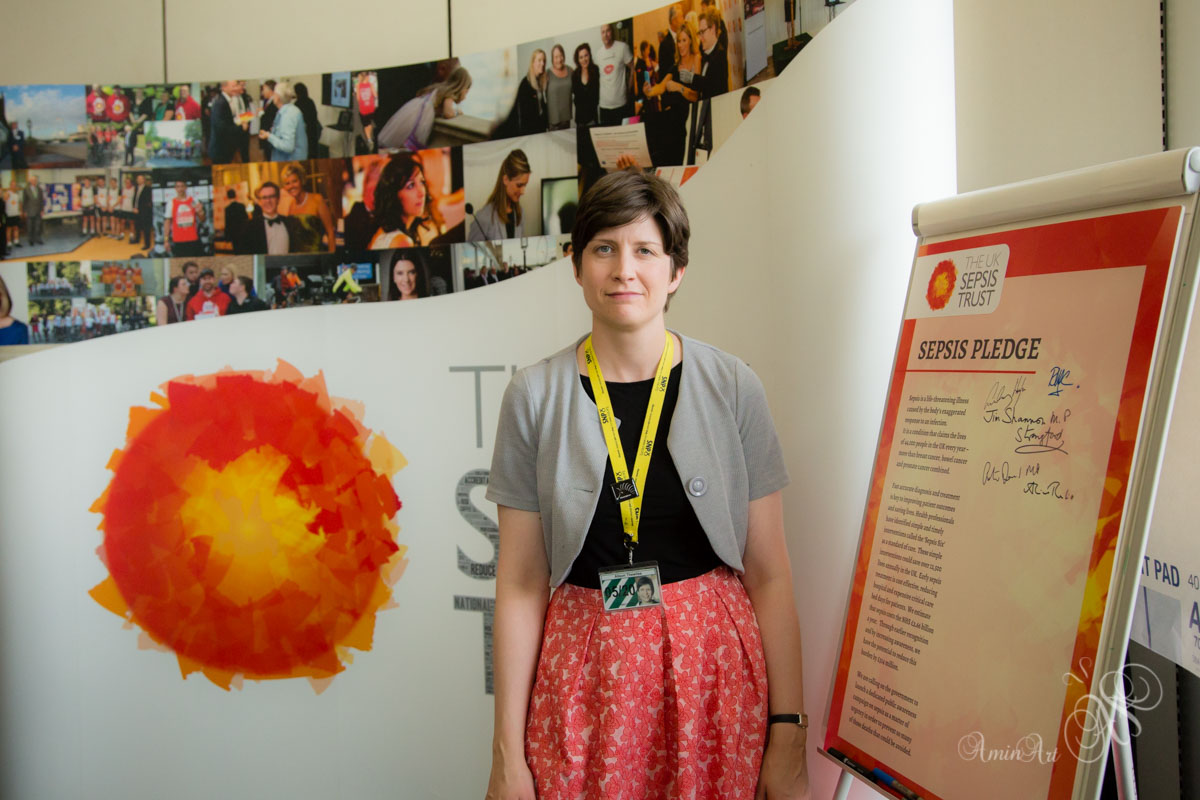 Alison Thewliss, MP for Glasgow Central, attended a Parliamentary event to raise awareness of Sepsis. A life threatening and relatively unknown condition, which claims the lives of 44,000 people – including 1,000 children – every year in the UK.  The event, hosted by the APPG on Sepsis and the UK Sepsis Trust, was attend by over 40 MPs and Peers, along with a number of patients and their families who have been personally affected by sepsis.

Sepsis is a life-threatening condition that can affect anyone. It arises when the body’s response to an infection damages its own tissues and organs. It can lead to shock, multiple organ failure, and death, especially if it is not recognised early and treated promptly.

In a bid to reduce deaths like these, the UK Sepsis Trust (UKST) and the APPG on Sepsis are calling for both the public and healthcare professionals to be more aware of this ‘silent killer’. They are calling for the Department of Health to commit to a public awareness campaign, aimed at both adults and children solely on sepsis.

The UK Sepsis Trust, founded in 2010, brings together leading experts, grass roots health professionals, survivors and persons bereaved; to raise public and professional awareness of sepsis, and provide support for those affected by this terrible condition.

“We hope that the event will allow MPs to learn more about sepsis and take the message back to their colleagues and constituents.”

“An awareness campaign is something we’ve been calling for a long time. It is an absolute necessity that this campaign is dedicated on sepsis and aimed at a both adults and children. A campaign of course is only a part of what is needed. We need to make sure that healthcare professional education is robust and is mandated. We need to have a better measure of outcomes and we have to have some resources available that reward excellent care.”

“While sepsis is a condition which may not hit the headlines, it is deadly.  It is a little known life threatening illness that claims the lives of 44,000 people in the UK every year, including 1,000 children.  If timely interventions proposed by the UK Sepsis Trust were adopted across the NHS it could save up to 12,500 lives a year and the NHS money.”

“I was keen to show my support for efforts to tackle the disease and save lives. I want to see sepsis viewed as a medical emergency and have a higher profile among medical professionals and the public. The easiest and most of effective way of doing this is the government committing to a dedicated public awareness campaign for the general population.”