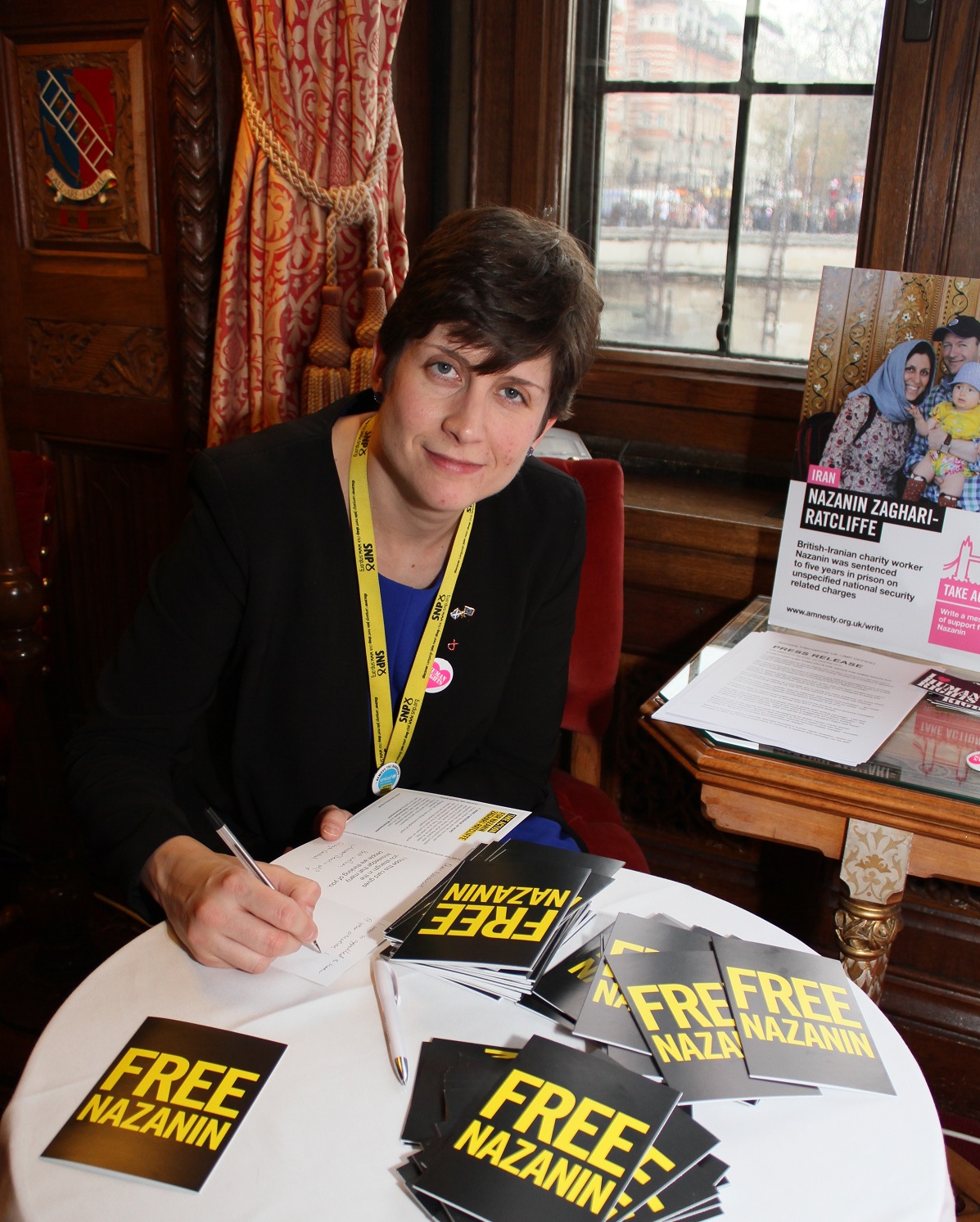 Alison Thewliss MP joined other Members of Parliament and staff and campaigners from Amnesty International to appeal to Iran to call for the immediate release of Nazanin Zaghari-Ratcliffe as part of Amnesty’s Write for Rights Campaign.

Amnesty’s Write for Rights encourages people around the world to send personal messages of support to people behind bars, or whose lives are in serious danger.

“As a Member of Parliament, I know all too well the power of the pen, and the impact that can be achieved when many voices rally around one call. I am hoping that my message, and those of others sent during Amnesty’s Write for Rights campaign, will send a clear message to governments that the world is watching and human rights must be respected.”

Former Al Jazeera foreign correspondent Sue Turton, who had been charged and tried in absentia in Egypt, after being falsely accused with eight of her colleagues of aiding and abetting the Muslim Brotherhood, spoke at the reception.

Sue Turton said: “Locking up a journalist who is asking too many questions can scare others into self-censorship clearing the way for further abuses to be committed with impunity.

“There has never been a greater need for balanced, well-researched journalism….But those of us who go into conflict and war zones need to know someone has our backs. That someone for (imprisoned Egyptian photographer) Shawkan is all of us.

Year after year Amnesty sees successes from its global letter-writing campaign. Last year thousands of people across the world wrote messages of support for Albert Woodfox – the longest-serving isolated prisoner. Albert had spent a staggering 43 years in solitary confinement. In February this year, after thousands of letters of support Albert was freed!”

For more information on Write for Rights visit: www.amnesty.org.uk/write