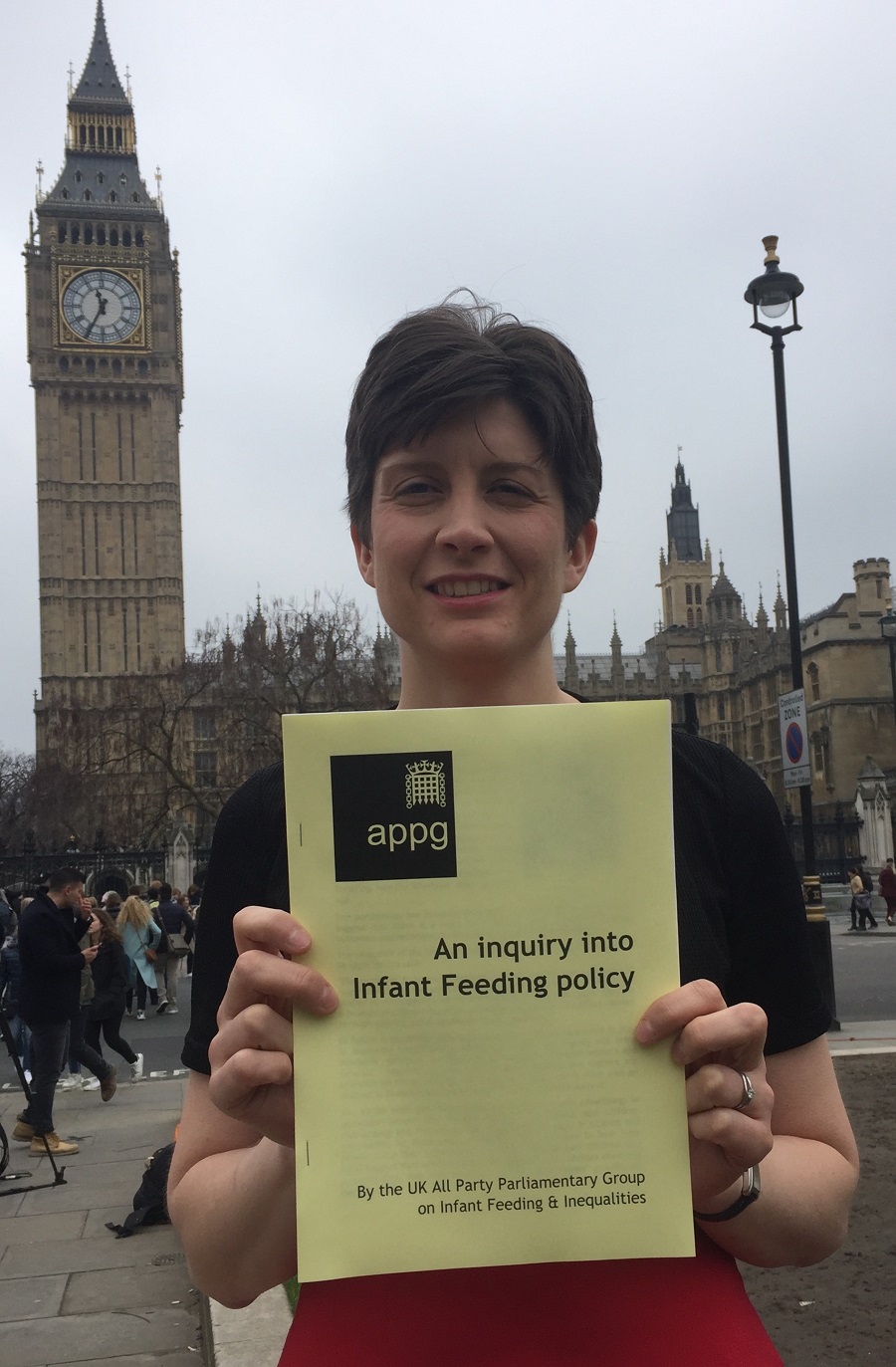 An inquiry into infant feeding policy has been launched by a parliamentary group of MPs in Westminster.

The All Party Parliamentary Group (APPG) on Infant Feeding & Inequalities today opened the call for evidence on its wide-ranging inquiry into infant feeding policy. As well as focussing on the challenges around bottle feeding, the inquiry will examine why the UK has the lowest breastfeeding rates in the world.

The inquiry which, upon conclusion, will make recommendations to policy makers and Government also plans to hold oral evidence hearings in all four nations of the United Kingdom.

“For too long, infant feeding policy has been at the bottom of Ministers and civil servants’ in trays. This was demonstrated recently when the Government’s obesity strategy didn’t even reference infant feeding, despite it being a factor in future health.

“The UK has the lowest breastfeeding rates in the world, even though we know more mums would wish to breastfeed; there’s clearly an issue which needs to be addressed. In addition, feedback on my recent Formula Marketing Bill suggests there’s a real lack of impartial information and support available for those bottle feeding and I would welcome views on this.

“With ever increasing cuts to budgets, it’s been suggested that peer support funding for breastfeeding has been disproportionately slashed, so we’re also keen to look into this more and identify the gaps in service provision. Equally, though, there are a number of groups out there – albeit under pressure – doing some really innovative things to try and support families and babies.

“In taking this inquiry out of Westminster and holding evidence sessions around the UK, I am very much looking forward to hearing people’s views and collating them into a substantive report for the Government to implement.”

The deadline for written submissions to the inquiry is 9am on Monday 12th June 2017. More information is available through the APPG’s website.